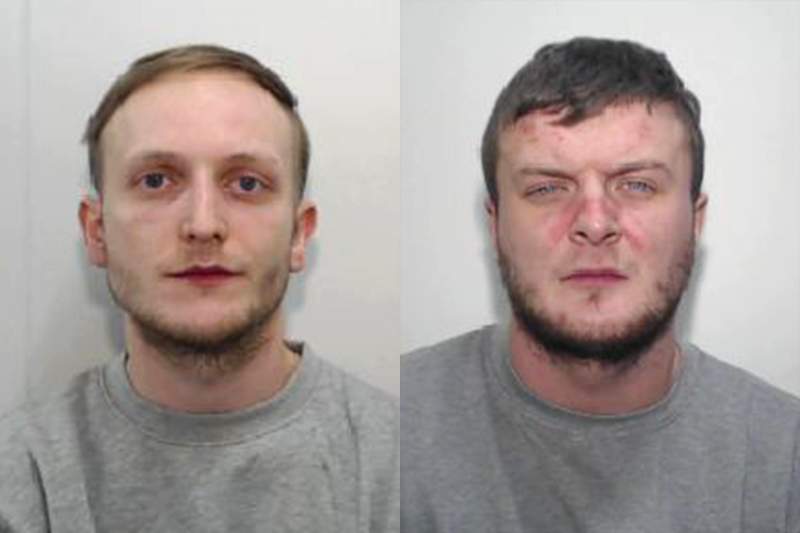 TODAY two men have been found guilty of murdering a woman and four of her children in a petrol bomb attack.

Mother of five, Michelle Pearson, was in a coma for five months and had 75% burns on her body after a fire at her home in Walkden in Greater Manchester in December 2017.

When Michelle, 37, eventually woke up she was told her son Brandon, eight, and daughters Demi, 15, Lacie, seven, and Lia, three, had tragically died in the blaze.

David Worrall, 28, and Zak Bolland, 26, used a petrol bomb to attack after being caught up in a petty feud with Michelle’s then 16-year-old son, Kyle Pearson.

At around 5 am, the two men removed a fence panel from the garden of the family’s home before smashing a kitchen window and throwing two lit petrol bombs.

One of the bombs landed close to the stairs, which blocked the only exit to the ground floor and trapped the family upstairs as flames spread through the house.

Michelle grabbed Lia and ran through the house to the bathroom in an attempt to save her but passed out due to inhaling too many fumes.

Neighbours heard her screaming: “Not the kids! Not my kids!” as the house went up in flames.

Michelle had a number of operations on her wounds, which became infected, but was not well enough to go to the children’s funeral in September 2018.

Her recovery took a turn as she was starting to recover, and she sadly died in August 2019, 20 months after the attack.

Worrall and Bolland denied killing Michelle, instead admitting to manslaughter, and were convicted of the children’s murders in 2018. However, after a trial lasting three weeks at Machester Crown Court, both were found guilty of murder.

23-year-old Courtney Brierley, Bolland’s girlfriend at the time, pleaded guilty to Michelle’s manslaughter and the group are due to be sentenced on April 21.

Brierley was jailed for 21 years after being found guilty of four counts of manslaughter.

Worrall was given 37 years for four murders and three counts of attempted GBH.

Bolland was convicted of four counts of murder and three counts of attempted murder in May 2018, he was given a minimum sentence of 40 years.