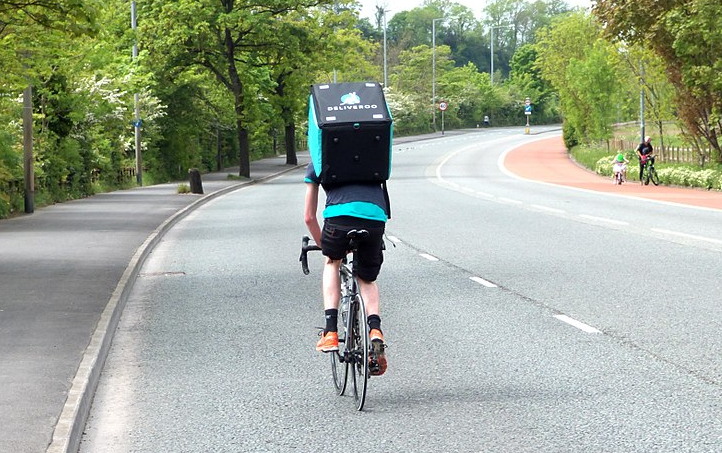 DELIVEROO has lost £2 billion within 20 minutes of being listed on the stock exchange.

Deliveroo’s shares have plunged by more than 30% after it was publicly listed on the London Stock Exchange.

The food delivery company was initially valued at £7.6 billion and had hopes that listing in London, instead of Amsterdam or New York, could help prompt British tech companies to list in the UK.

Those dreams were dashed within 20 minutes of trading, as the shares dropped to 271p – well below the bottom of its target range of 390p.

The company, which is app-based, was founded in 2013 in London and rocketed in growth ever since. However, last year the company lost £224 million even with lockdown increasing revenues by 54%.

Deliveroo has been criticised for its alleged working conditions for riders and low wage, as well as not many benefits for employees. The company has argued that its drivers are “self-employed” and choose their own working hours.

Some investors, including Canadian BMO Global Asset Management, Aviva Investors and Aberdeen Standard have announced they would not be investing due to the reports of poor working conditions.

However, Deliveroo has argued against the rumours and claimed at the beginning of this week that it had seen “very significant demand” from many investors.

Deliveroo has still managed to raise £1.5 billion in share capital, despite the fall in value, allowing the food delivery company over £1 billion to invest into “new growth initiatives.”

Deliveroo had hoped to list in London, rather than New York or Amsterdam, would prove to be a success, however, it may now be a warning to Silicon Valley-style companies in the UK who were considering doing the same.

Will Shu said: “I am very proud that Deliveroo is going public in London — our home,”

“Our aim is to build the definitive online food company and we’re very excited about the future ahead.”