Macron extends limited lockdown to all of France for 4 weeks 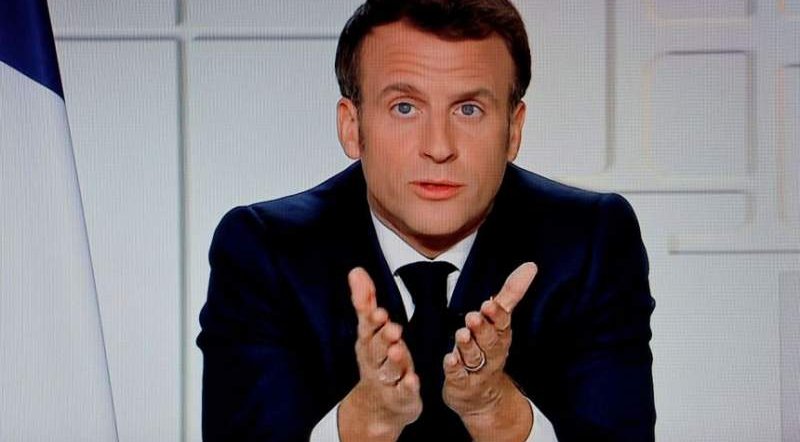 Macron extends limited lockdown to all of France for 4 weeks.

President Emmanuel Macron has announced a three-week nationwide school closure and a month-long domestic travel ban in an effort to fight the rapid spread of the virus.

In a late-night televised address to the nation on Wednesday, March 31, Macron said efforts are needed as “the epidemic is accelerating. We’re going to close nursery, elementary and high schools for three weeks,” he said, in addition to a nationwide 7pm – 6am curfew that will remain in place, and domestic travel restrictions.

“We are faced with a new situation,’” he said. “We are involved in a race. Propagation of a new variant that was identified by our British neighbours must be dealt with.” From Saturday, April 3, all of mainland France will be under a 7 pm curfew, working from home will be expected from those that can, gatherings will be limited, and non-essential shops will be closed.

This brings the whole country in line with cities like Paris, which have had a limited lockdown imposed for the past two weeks. The move is a departure from the government’s policy in recent months, which has focused on regionalised restrictions. School closures in particular had been seen as a very last resort.

France could be added to the UK’s red list

UK media sources state that the possibility of France being ‘red-listed is likely to be raised at a meeting of the cabinet’s Covid O committee. It would be the second time it has been discussed at a meeting of this group, which advises the prime minister, according to ‘government sources’ quoted by The Times.

It comes as several UK media have referred again to rising cases of the South African variant in France – in fact, cases of the variant are lowering according to the latest week-on-week French figures, although the overall numbers are considerably higher in France than in the UK.

As we previously reported, the UK prime minister has stressed that red-listing of France, meaning severe restrictions on anyone coming to the UK from the country, must be balanced against major trade disruptions that would ensue.

According to Facebook posts, French holiday bookings to Spain are already being cancelled or moved to a later date. There had been a short burst of tourists to Madrid recently, but now that will be paused until measures return to normal in a month at least.

In February, the Spanish capital Madrid welcomed almost 35,000 tourists, according to the National Statistics Institute. Most of these were French and stayed overnight in Spain. Bars in Madrid remain open until 11 pm despite the high number of cases in the region.

Latest coronavirus measures in place in the whole of the Madrid region:

Alcoholic drinks will be prohibited in French parks and other outdoor public spaces as part of the new limited nationwide lockdown to stem the Covid-19 crisis, Prime Minister Jean Castex announced Thursday, April 1.

Addressing the National Assembly, France’s lower house of parliament, Castex also said authorities would be quick to disperse groups of more than six people on riverbanks or squares after the new restrictions unveiled by President Emmanuel Macron late Wednesday.

Castex said he “unreservedly” condemned people who had not been respecting the rules, after images of beer-swigging crowds on riverbanks under spring sunshine in cities including Paris and Lyon.

Meanwhile, prosecutors should “systematically” probe organisers of clandestine parties for putting the lives of others in danger, he added. By decreeing school closures and systematic work-from-home protocols, President Macron hopes to ease pressure on hospitals facing a new surge in coronavirus cases that are overwhelming intensive care units.