Two people wanted for murder in Holland arrested in Calahonda 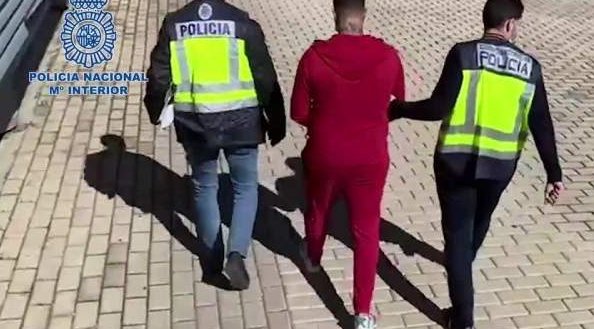 NATIONAL POLICE arrested two people at the exit from the AP-7 toll motorway in Calahonda, on the Costa del Sol, who were wanted for murder in Holland.

The two men, aged 25 and 26, were arrested in the Calahonda area of Mijas Costa when they were returning from Sanlucar de Barrameda in Cadiz in a rented car with German licence plates.
There was a search and arrest warrant against them issued in the Netherlands for the murder of a Colombian man in a settling of scores over drugs trafficking.
The shooting took place in the afternoon of February 16 at an apartment in Bergen aan Zee.
Witnesses said they saw multiple people arguing and shots were fired. The injured man was put into a car, which drove away. The others who had been arguing drove away in at least three vehicles.
The 45-year-old Colombian victim died of his injuries on the street in a nearby village when the car in which he was travelling was stopped by police. Paramedics attempted to save him, but to no avail.
The investigation in Spain began at the beginning of March this year, when the Dutch authorities alerted that one of the two people wanted for murder in Bergen ann Zee may be in Spain, more specifically, in Malaga Province being hidden by another Dutch citizen.
He was identified as one of the occupants of the vehicle that was intercepted by National Police at the entrance to the AP-7 motorway in Calahonda, and it was then discovered that the other fugitive was travelling with him.
The two people wanted for murder were both taken into custody and the procedure for their return to the Netherlands for trial has been initiated.
Six Colombians, three men and three women, aged between 29 and 54 years old, who were arrested two days after the shooting, are also in custody charged with possession of firearms and money laundering. Another man and woman, from Norway, aged 28 and 25, were also arrested. These suspects were all arrested in Amsterdam, while the two people wanted for murder have now been arrested in Spain.