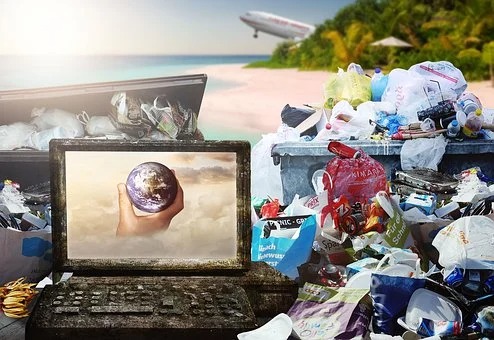 The Coronavirus pandemic continues to rage across the world and nations gradually vaccinate their populations. But could Brits be risking their summer trips abroad with behaviour which has been described as ‘disgraceful’.

Many parks and beaches were hit by hordes of people as lockdown finished and the sun came out. While many people would have obeyed the restrictions on gatherings, others did not, and were seen to meet up in large groups throughout the country.

Many places were left covered in rubbish after people set out to make the most of the sun and their newfound freedom. At the end of the day bags, bottles and cans were seen strewn across UK parks.

Nottingham’s Forest Recreation Ground along with the Nottingham Arboretum, saw crowds gather. One local resident has described the scenes left behind as disgraceful. Even though police had banned alcohol in city’s parks, the Nottingham Forest recreation ground was left in disarray at the end of the day.

Andrew Curzon, aged 24, spoke of the Forest recreation ground and said, ‘It’s an absolute disgrace. It’s not hard to take home what you brought.

‘It’s a real blight on the city and we’re being let down by selfish people.’

Similar scenes were witnessed throughout the UK and in Birmingham thousands of people were seen in Cannon Hill Park. The park which is to the south of the city was soon filled with large groups and music.

Adam Jones aged 27, from Moseley said, ‘It has been noticeably busier since restrictions eased but yesterday was really busy,’

‘While there were a fair few people in small groups respecting distancing, they were overshadowed by lots of big groups, sometimes up to 20 to 25 people, blaring music.

‘We did one lap of the park and by the time we were leaving it looked like a festival.

‘How it looked this morning was disgraceful – so much rubbish that a council worker estimated it would take the whole team most of the day to clear.’

The question remains though what effect will the post lockdown behaviour have on the Coronavirus rates, and how will that affect the future.