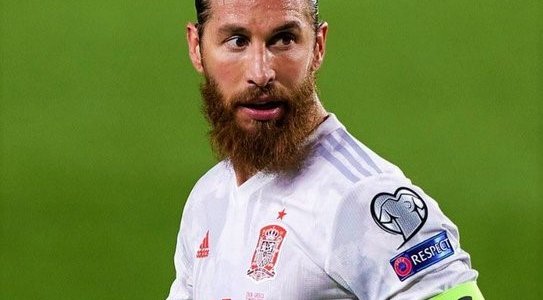 Real Madrid’s captain Sergio Ramos out of Liverpool clash due to injury.

SERGIO Ramos will miss both legs of the UEFA Champions League quarterfinal with Liverpool through injury, sources have confimed, meaning Salah vs Ramos part two is off.

“Following the tests carried out today (Thursday, April 1) on our captain, Sergio Ramos, by the Real Madrid medical department, he has been diagnosed with a muscular injury to the internal calf in his left leg. His recovery will be monitored,” said the club in a statement.

The Real Madrid and national team captain confirmed today he was injured in stretching after the match against Kosovo and will miss the games against Eibar, Liverpool and Barcelona.

Ramos took to his Instagram account to reveal he had a calf injury and explain how it happened.

The central defender had only played four minutes in the match against Kosovo, coming on in the 86th minute, but stayed on the pitch training before he “felt a pinch”.

It was Ramos who ruled himself out of the clashes against Eibar, Liverpool and Barca.

“The truth is that I’ve had a tough few weeks. An intervention is always a sporting and emotional break. Luckily, for a few days now I’ve been feeling better, but in football as in life, bad luck also plays a role,” said Ramos.

He told fans: “Yesterday, after the game, I stayed on the pitch training and felt a pinch in my left calf. Today I have undergone tests and it has been confirmed that I have a muscle injury,” he said, as previously confirmed by Los Blancos.

The player had been stretching on the grass of La Cartuja along with several internationals, leaving the field without apparent signs of discomfort or injury.