EU Warns Covid Vaccine Shipments To The UK Could Be Blocked 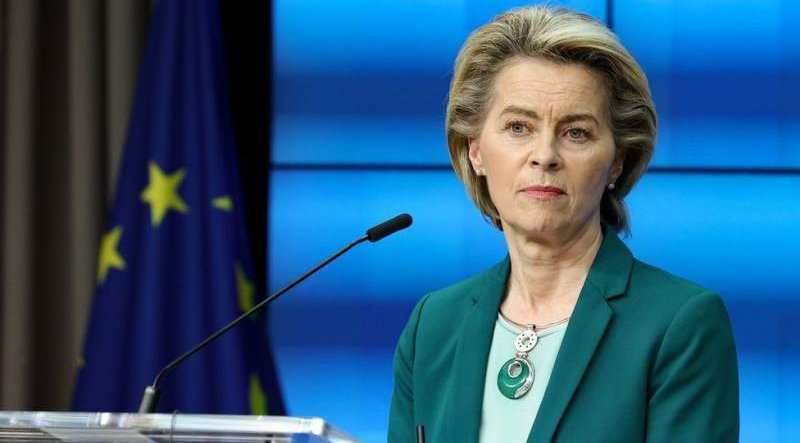 EU Warns Covid Vaccine Shipments To The UK Could Be Blocked Unless AstraZeneca Meets It’s Targets.

Beurocrats in Brussels have warned that “zero” Covid vaccines made in the bloc will be exported to the UK unless Astrazeneca meets its dose delivery commitments with the EU. European Commission President Ursula von der Leyen said AstraZeneca must “catch up” on deliveries to the EU before exporting doses elsewhere.

Thierry Breton, the EU’s internal market commissioner, hinted at the bloc’s plans to use European-made vaccines as bargaining power with Astrazeneca in an ongoing dispute about vaccine shortages across the continent.

Breton said “there is nothing to negotiate” between the UK and EU, despite tense discussions in recent weeks. Speaking today, April 2, Breton said vaccines produced at the Halix factory in the Netherlands and the Seneffe plant in Belgium must now be saved for the EU only.

“If [Astrazeneca] does more, we don’t have any issue, but as long as it doesn’t deliver its commitment to us, the doses stay in Europe,” said Breton in an interview. “There is no negotiation.”

Under contracts signed with AstraZeneca last year, the bloc had expected to receive 120m doses from the Anglo-Swedish firm by the end of March, with a total of 300m doses set to be distributed over the year. However, manufacturing and other issues at several of AstraZeneca’s drug-making facilities forced the firm to revise down its target earlier this year to just 30m doses.

The significant drop has led to a fierce political tangle on the continent, with several EU countries banning the Astrazeneca vaccine and turning to alternative jabs. The EU has also demanded that Astrazeneca vaccines made in European factories and destined for the UK must instead be reserved for the bloc.

European Commission president Ursula Von der Leyen warned last week that the EU will consider applying export bans on vaccines if the UK does not comply. Elements of the AstraZeneca vaccination are manufactured in a number of EU states.

French President Emmanuel Macron told reporters this marked “the end of naivety” from the EU. Vaccine rollouts in EU states have started sluggishly, and the bloc has blamed pharmaceutical companies – primarily AstraZeneca – for not delivering promised doses. AstraZeneca has denied that it is failing to honour its contract.

Europe’s fight to secure COVID-19 vaccine supplies started in January this year when the European Union warned drug companies such as AstraZeneca that it would use all legal means or even block exports unless they agreed to deliver shots as promised.

According to the World Health Organisation (WHO), Europe’s “slow vaccine roll-out is prolonging pandemic”.

As variants of concern continue to spread and strain on hospitals grows, religious holidays are leading to increased mobility…speeding up vaccination roll-out is crucial as new cases in the WHO European Region are increasing in every age group, apart from one,” reads a statement.