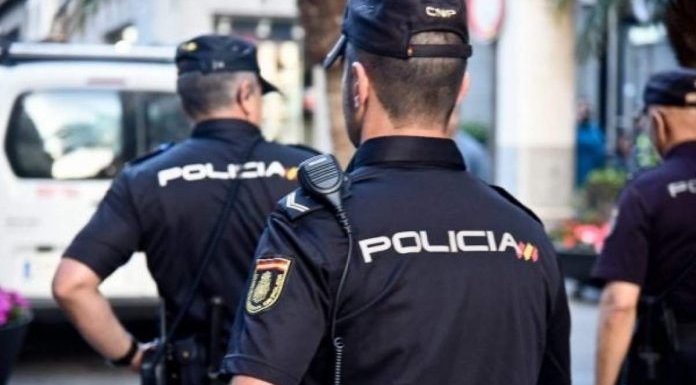 Police in Malaga Out In Force Over Easter Week Hand Out Fines.

Police in Malaga have so far denounced 850 people this Easter for not wearing masks, from Holy Thursday, 171 separate sanctions were reported from the Malaga capital. This is a complete reversal from last year when the streets were deserted due to the lockdown imposed by the federal government of Pedro Sanchez.

Although much busier this year, Malaga, due to the lack of foreign tourists, was well below capacity and certainly nowhere near the bustling metropolis we are used to witnessing. Beaches were quite full though, with many residents adhering to the new law of wearing masks, others not. Local police could be seen strolling and observing the sun worshippers along the sandy beaches of Torremolinos, beachgoers quickly throwing their masks on when alerted by other locals.
Confusion over wearing of masks
Social media has been rife with rumours about the wearing of masks on beaches, alongside swimming pools etc. What happened on the 30th March was that a NATIONAL law was introduced requiring the use of face masks by anybody over the age of 6 years in all indoor and outdoor public spaces, including beaches, swimming pools etc. These measures have been in place in Andalucia since the 20th of May 2020. Face masks must be worn if it is impossible to maintain 2 metres of social distancing.
Over 40,000 police were drafted in over the Easter period to monitor the borders in Andalucia. With 45 municipalities still closed off in the region, and thousands of kilometres to patrol, they were certainly kept busy.

To make people more aware, Malaga City Council posted a message on its social networks,  in which it said that the 850 people were denounced this week, making the total of infractions opened by municipal agents for not using the mask since it’s start 29,236. Source- malagahoy.es/

Have you been stopped by the police for anything over Easter? We would love to hear from you. Send an email to [email protected]

Thank you for taking the time to read this news article “Police in Malaga Out In Force Over Easter Week Hand Out Fines”. For more UK daily news, Spanish daily news and Global news stories, visit the Euro Weekly News home page.