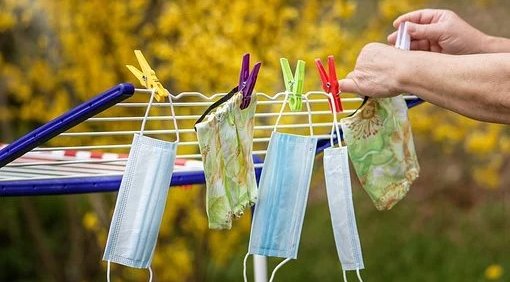 As the COVID 19 pandemic continues to affect the world, masks have become an essential part of preventing the spread of the potentially deadly coronavirus. Although some scientists have suggested that evidence is emerging that certain facemasks that are on sale to the general public could be potentially dangerous in the long run.

Scientists have found evidence of toxic chemicals in some facemasks in trace form. According to scientists their preliminary tests have shown that traces of compounds such as formaldehyde have been discovered in some facemasks.

Formaldehyde can cause a variety of symptoms such as burning in the throat, nose and eyes along with wheezing. According to the MailOnline, Ecotextile News has evidence to support that some facemasks do not meet the standards that they are supposed to.

Director at the Hamburg Environmental Institute, Professor Michael Braungart, has been testing out masks that have in the past caused rashes to break out on certain people. The Professor spoke of potentially breathing in hazardous waste and said, ‘What we are breathing through our mouth and nose is actually hazardous waste.’

He went on to explain which chemicals have been discovered during the tests and said, ‘We found formaldehyde and even aniline and noticed that unknown artificial fragrances were being applied to cover any unpleasant chemical smells from the mask,

‘In the case of the blue-coloured surgical masks, we found cobalt – which can be used as a blue dye.

‘All in all, we have a chemical cocktail in front of our nose and mouth that has never been tested for either toxicity or any long-term effects on health.’

PPE equipment used by medical professionals is subject to different requirements than face masks that are used by the general public. According to the UK government, ‘The General Product Safety Regulations 2005 (GPSR) sets out the responsibilities of the producers and distributors of these products,’ and these are what need to be followed by mask producers.