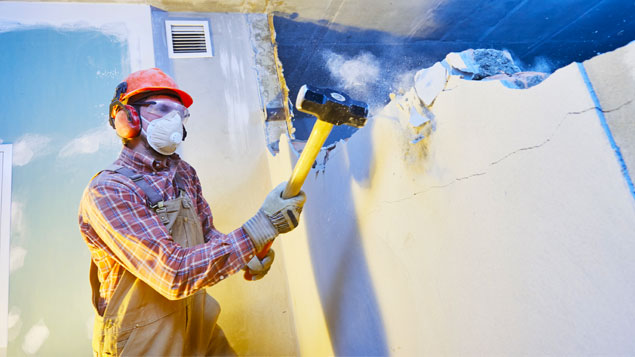 Sevilla in Andalucia Spain Admits There is ‘No List’ Of Buildings Containing Deadly Asbestos.

Sevilla City Council, through the Technical Office of Municipal Buildings, has responded in writing to Más País leader, Esperanza Gómez, that it does NOT have a list of municipal buildings in the city that contain deadly construction elements with asbestos.

The Junta de Andalucía had actually agreed in 2016 to gradually withdraw asbestos from public educational infrastructures in a measure that included municipal schools. However, progress in the removal of the deadly substance has been really slow are there are growing fears of the health of children in schools and colleges in the region.

The council added that “as long as the construction elements that contain asbestos comply with the purpose for which they are intended and do not present damage that prevents them, their replacement is not necessary, as they could be fibre cement covers that do not present breaks or leaks, downspouts, etc. ”.

According to the political leader of Más País, Esperanza Gómez, she has had to resort to a claim against the City Council before the Transparency and Data Protection Council could obtain the report.

Gómez asked the City Council if it was going to remove the asbestos from the municipal buildings that contain it. Given the response given by the City Council, the general coordinator of Más País Andalucía, a professor of Constitutional Law at the University of Seville and former senator of Adelante Andalucía, demands that Juan Espadas order the preparation of an inventory of those municipally-owned buildings containing construction elements with asbestos, with special attention to educational centres, schools and colleges etc.

“We know that the Board has a study for the removal of asbestos in some educational centres. It is incomprehensible that the City Council, responsible for the maintenance of these buildings, is unaware of this information ”.

Gómez insists on the responsibility of the municipal government to clarify as soon as possible the list of centres that have asbestos in their facilities. “We cannot have our boys and girls in schools with materials that affect their health,” she said.

The Machinists Union of the Metro de Madrid has confirmed that a fifth Metro worker has been diagnosed with asbestos-related cancer in Spain.

MÁLAGA, Spain, Feb 17 2015  – “I would get asbestos in my mouth, spit it out and carry on working,” said 52-year-old Francisco Padilla. Exposure to this deadly mineral fibre over most of his working life has resulted in cancer and the removal of his left lung, the lung lining and part of his diaphragm.

Sitting on the sofa in his home in the southern Spanish city of Málaga, Padilla told Tierramérica with watering eyes that he has always looked after his health and has never smoked.

He used to cycle to and from the workshop where he has worked since the age of 18, until in May 2014 he was diagnosed with mesothelioma, an aggressive malignant tumour linked to occupational exposure to asbestos, and had to undergo radical surgery three months ago.

The use of asbestos, a low-cost fire-retardant and insulating material was banned in Spain in 2002. Previously, however, it was widely used in construction, shipbuilding, and the steel, automotive and railway industries, among others.

Workers in these industries were at risk of contracting mesothelioma, lung cancer and asbestosis, whose symptoms could take 20 to 40 years to develop.

“Thousands of people have died, are dying and will die in the future because of asbestos. It is the great unknown factor, and its effects have been overwhelmingly silenced,” activist Francisco Puche of Málaga Amianto Cero, an anti-asbestos alliance, told Tierramérica.

Puche believes Europe should have “a plan for safe asbestos removal,” because the risk continues in spite of the bans.

Related: Uk studies into the dangers of asbestos

The dangers of asbestos are well documented. The material was banned in 1999 in Britain but it was regularly used in construction until this date, including for some schools built between the 1950s and 1980s.

More than 200 teachers have died across the UK alone since 2001 from mesothelioma, a form of cancer associated with asbestos, according to the National Education Union, (NEU – formerly the National Union of Teachers).

Mesothelioma is caused by exposure to asbestos fibres and the disease typically develops more than 20 years later. Children who are exposed to asbestos are five times more likely to contract the disease than adults aged 30, government research has found.

Thank you for taking the time to read this news article “Sevilla in Spain Admits There is ‘No List’ Of Buildings Containing Deadly Asbestos”. For more UK daily news, Spanish daily news and Global news stories, visit the Euro Weekly News home page.