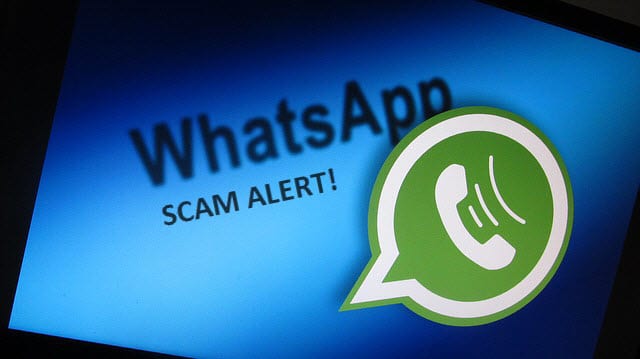 WhatsApp Scam Warning To British Expats As Fraudsters Pretending To Be Real Contacts Hack Phones.
WhatsApp, the popular free messaging service, is being used to scam thousands of British ex-pats in Spain- and other nationalities- out of thousands of euros.

All WhatsApp users have been issued an urgent warning about using the instant messaging service. People have received scam messages from hackers on the app for several years, but a new scam has now appeared.

The way it works it this, users receive a message from what looks like a legitimate delivery company, like Suer or UPS. The message says ‘not deliverable due to absence at home’. Now comes the ‘clever’ part, users are asked to swipe to resend the package and it is at this point that the hackers steal the data from the phone- everything!

This means they have your contacts list, passwords to everything you ever logged into, photos, address etc, the lot. The National police have sent out warnings to everyone in the public domain but ex-pats are being left out so some facebook groups have started to relay the message. This is not the first time it has happened however, read the full story below of an article covered last year by us, another WhatsApp scam warning.

In November 2020, a massive police investigation resulted in the arrest of 94 criminals from across Spain who collaborated to steal over €500,000 from victims’ bank accounts. The gang were part of a scheme that saw bank details, obtained by cloning a mobile phone SIM chip, being used to access customers’ accounts, thereby allowing the transfer of monies out to the gang’s own illegal accounts, one of the victims had €240,000 withdrawn! Those arrested are accused of defrauding a total of €504,800 from numerous victims from all over Spain.

The operation was carried out in a coordinated way in 16 municipalities during the past week and ended with the arrest of 94 people, two other people were investigated but not detained. There were two house searches, as well as the seizure of a large amount of computer equipment.

Those arrested all had different roles in the WhatsApp scam, such as counterfeiters, go-fors (muleteers), and fences (launderers). They have been charged with crimes of fraud, money laundering, membership of a criminal group, and, in some cases, falsification of marriage documents.