Andalucía's Roads Being Monitored By Drones This Easter 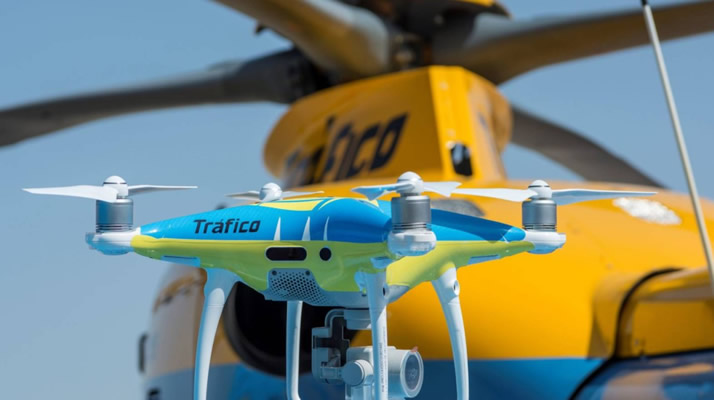 Andalucía's Roads Being Monitored By Drones This Easter. image: dgt

ANDALUCÍA’S Roads Are Being Monitored By Airborne Drones This Easter

We are now well into the Easter holiday period in Spain, with the usual ‘Operation Exit’ launched by the police forces, and, while we already know that we cannot travel between communities, and in many regions between provinces, with 45 municipalities still closed off in the region, a reported 40,000 extra police officers have been deployed over the Easter period, to monitor the borders in Andalucía.
Road safety control is not being overlooked either, and the DGT (Dirección General de Tráfico) – the National Traffic Authority in Spain – has some new toys to monitor you, that you should be aware of on the roads if you do decide to venture out and about.
Of course, all traffic control is done for your own safety and well-being, and you should at all times always drive with caution, and follow the Road Safety regulations so that you do not get a fine, but right now, you should travel only if it is allowed or if it is necessary, plus with all the corresponding proof and documents for your journey.
During ‘Operation Exit’, DGT has reinforced controls to guarantee road safety, but also to more easily catch the offender, and since last Friday they have included the use of 11 airborne surveillance drones – ‘flying traffic officers’ – which the DGT has been using throughout Spain since 2019, to complement its Pegasus helicopters, to control traffic on all the roads.
According to the DGT, drones are used mainly to monitor traffic in the sections with the highest risk of accidents, on Andalucía’s roads with the highest amount of vulnerable users, such as cyclists, motorcyclists, and pedestrians, and also to monitor possible distractions during driving.
Of course, these drones can land you with a fine, although they do not have radars, so in terms of speed, they will not have power, and in addition, they are not allowed to cross roads, or fly near certain points, as reported by moncloa.com.