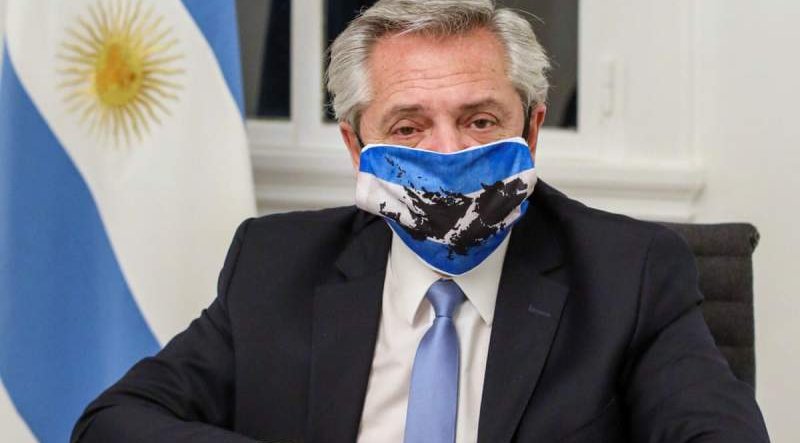 Argentine President Alberto Fernandez has tested positive for a new strain of the coronavirus, is waiting for the result to be confirmed and is in good spirits despite having a slight fever, the first-term Peronist leader tweeted on Saturday, April 3. “I am in good physical condition,” the president, who turned 62 on Friday, April 2, said in a tweet. He had received Russia’s Sputnik V vaccine against the coronavirus early this year.

Fernández is now in isolation and has had to suspend a meeting that he had scheduled for this Saturday with the head of the Government of Buenos Aires, Horacio Rodríguez Larreta. The meeting aimed to agree on new prevention measures to stop the escalation of coronavirus cases.

“Although we are awaiting confirmation through the PCR test, I am already isolated, complying with the current protocol and following the instructions of my personal doctor. I have contacted the people with whom I was meeting in the last 48 hours to evaluate if they constitute a close contact so that they do the isolation, ”the president wrote. “For everyone’s information I am physically well and, although I would have liked to end my birthday without this news, I am also in good spirits,” he said.

In January, the vaccines were arriving by parachute drop-offs in Argentina at a time when the Russian Sputnik V had barely obtained authorisation to be used for those over 60 years of age.

The official strategy was to promote the Russian vaccine among public opinion when the political opposition was promoting in the press the idea that it was dangerous because it had not yet been approved in the United States or across Europe.

Argentina has already now started it’s second wave, with 14,000 infected this Friday and a peak of 16,000 on Wednesday. Three weeks ago, the daily infection rates barely exceeded 6,000. In the last 14 days, the number of positive cases has grown by 71%, reaching 2.3 million people.

The country has received 6.7 million vaccine doses so far, of which it has administered more than 4 million- just 7.6% of the population already has one dose, and only 1.5% both doses.