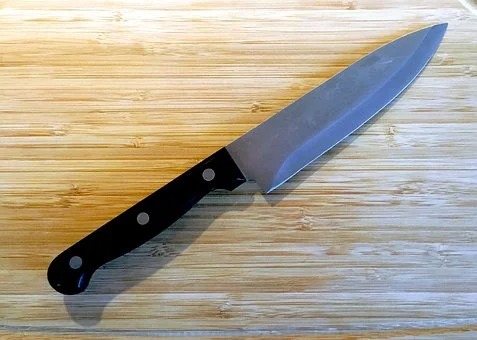 Girl Seriously Injured After Being Stabbed By Ex-Boyfriend. Credit: Pixabay

CUSTOMER who used the bathroom of a bar in Valencia stabbed by the owner
The owner of a bar in Valencia has been arrested by officers from the National Police for attempted murder, after he allegedly stabbed a patron in the arm with a large kitchen knife after first attempting to pierce him in the stomach with the same weapon.
According to reports from local Spanish media, the victim had apparently tried to use the bathroom of the premises without buying a drink, something which led to an altercation resulting in a display case, glasses and plates being flung around the establishment.
The events occurred around 6:00 p.m. on Friday afternoon, April 2, when officials were summoned to an altercation at the bar, involving two people.
Once they arrived, the officers observed a man bleeding profusely from one of his arms, for which they requested medical assistance. An ambulance immediately arrived at the scene and transferred the victim to hospital.
Upon questioning witnesses, as reported by Spanish daily 20 minutos, the police learned that the alleged victim had come into the bar with the intention of using the restrooms, at which point the owner pointed out that only paying customers could use the facilities. According to the sources, the victim indicated that he would buy a drink when he returned from the bathroom.
However, once the man had used the facilities, he refused to buy a drink, at which point an argument erupted, resulting in the ‘customer’ pushing over a display case and throwing several items on the bar to the ground. When he left, the owner of the establishment followed him with a kitchen knife, attempted to stab him in the stomach and succeeded in stabbing him in the right arm. The altercation only ended when the knife snapped.
Incredibly, the bar owner admitted to police that he had gone after the customer with the intention of harming him and only stopped because the weapon broke. The 43-year-old man, of Chinese origin and with no prior criminal record, was arrested by police and awaits trial.