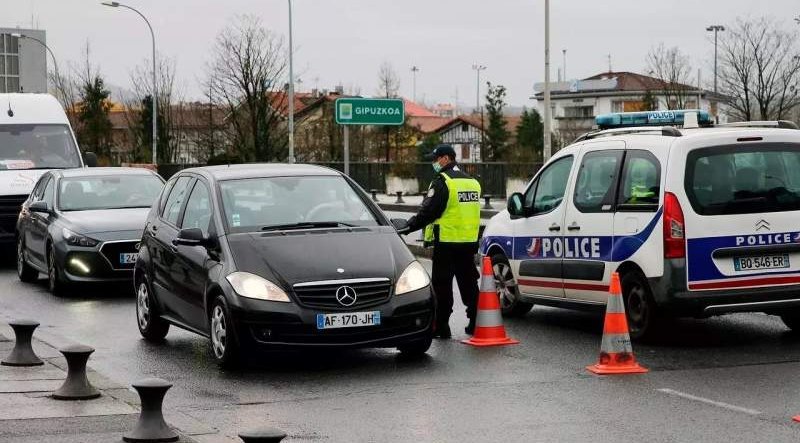 In yet another bungling contradiction in European coronavirus restrictions, while the president of France, Emmanuel Macron, is planning on limiting national travel to a 10 kilometre radius, French tourists will be free to cross the border into Spain once they present a negative Covid test. France has upped the ante on its fight against the pandemic by announcing a raft of new restrictions which will come into effect on Sunday, April 4, including the need to justify national travel that exceeds 10km from their residence, a ban on drinking on the streets and the closure of schools and preschools.

However, although French authorities have advised people against travelling abroad, they are actually free to travel to Spain, providing they have proof of a negative test.

According to the new regulations in France:

“It is inadvisable to travel to Spain for tourism or recreational activities and all passengers travelling to Spain must complete a personal and non-transferable form. Once this form is completed and signed, the traveller must provide their telephone number and address in order to be located. Upon entering Spanish territory, a negative PCR test is required, carried out 72 hours before and from March 30, this document will also be required at land borders.”

Inadvisable, but not illegal.

In February, the Spanish capital Madrid welcomed almost 35,000 tourists, according to the National Statistics Institute. Most of these were French and stayed overnight in Spain. Bars in Madrid remain open until 11 pm despite the high number of cases in the region.

In the middle of March, Spanish National Police arrested 31 Romanian citizens trying to cross the border from France into Spain at La Jonquera who were carrying forged false negative PCR tests.

Spain approached Easter week with two seemingly contradictory measures in the fight against the coronavirus pandemic. On the one hand, autonomous communities have voted to maintain perimeter closures during Holy Week so that Spanish residents won’t be allowed to travel to other provinces except for essential reasons. But on the other hand, the country maintains open borders with the rest of Europe and is expecting an influx of German tourists in particular over Easter after Spain was taken off their high risk list.

Thus, Spain opens up to European travellers but shields itself against the Spanish.