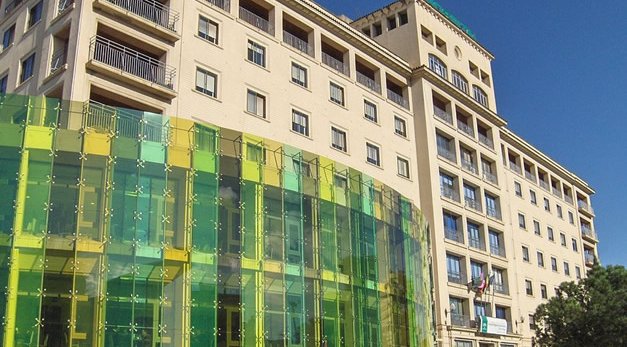 A 14-month-old baby died this Saturday after falling out of the window of a fifth-floor apartment in a building located on Pasaje Mexía Dávila, in the Carlos Haya area of ​​the Málaga capital, as confirmed by sources of the Spanish daily diariosur.es, who reported today, Saturday 3, that the child had fallen out from the kitchen window after the grill gave way.
The incident occurred at around 10.20pm on Friday evening, with the 112 Andalucía Emergency service, receiving several calls reporting seeing the little girl falling from the apartment, and 112 deployed the Public Health Emergencies Company ambulance (EPES 061), along with the National and Local Police forces to the location in the Carlos Haya area of Málaga.
On arrival at the scene, the little girl was not visible, and it was discovered that the mother, accompanied by some friends, had taken her daughter to the nearby premises of the Research and Protection Group (GIP) of the Málaga Local Police force, to ask for help, from where the officers on duty drove the mother and child in their patrol car to the nearby Regional Hospital.
Sources at the hospital told diariosur.es that the little girl had been admitted with serious injuries, and that health workers had managed to stabilise her condition, before transferring her to the Maternity and Children’s Hospital, where she remained in a critical condition until sadly she passed away on Saturday morning.
The Homicide branch of the National Police Force has opened an investigation to determine the circumstances surrounding this Málaga tragedy, but all evidence seems to indicate that the cause was accidental.
The mother said she had received a visit from friends and was making them some tea in the kitchen, placing her daughter, as she always did, to look out of the kitchen window as she liked looking at the park down below, but she must have pressed against the grill, which came loose and the child fell out of the window before she could stop her.