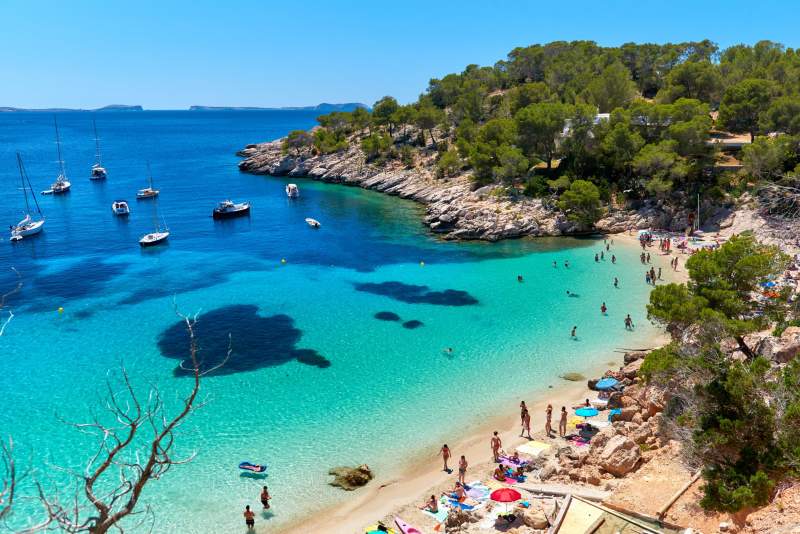 Experts Suggest 12 Countries Could Be Open To UK Holidaymakers Starting May 17. image: Wikipedia

Analysis By Experts Suggests 12 Countries Could Be Open To UK Holidaymakers Starting May 17.

An analysis of vaccination and Covid-19 rates by industry experts suggests that at least a dozen countries could be opened to British travellers by May 17 under a traffic light system. Prime minister Boris Johnson is set to unveil the framework for the resumption of overseas travel on Monday (April 5), with May 17 cited as the earliest possible date for non-essential trips.

The PC Consultancy revealed it’s fresh analysis based on the “current trajectory of country vaccination/infection rates” and listed 12 countries in green. Those green countries “should be accessible from May 17, where we expect just a lateral flow test on return to the UK if you’ve been jabbed once”, said chief executive Paul Charles.

They include holiday destinations in Europe such as Malta, Portugal and Gibraltar. Further afield, the list includes Israel, UAE, the US, Canada, Barbados, Mexico, Sri Lanka, Morocco and Grenada. It means returning travellers are expected to escape quarantine requirements.

There are several popular holiday destinations on the ‘amber list’ such as Cyprus, Turkey, Greece and Spain. Charles said on Twitter: “We check our data with scientists and we’ll update regularly to reflect changing rates, as we expect ambers to go green in the next four weeks.”

The Global Travel Taskforce chaired by transport secretary Grant Shapps is due to report on April 12, setting out how travel will be resumed no earlier than May 17. Charles said he expects a “QTT policy” to emerge – Quarantine, Traffic lights and Testing.

“Based on red, amber and green, this will be a simple chart of where is safe to go and when,” he said. It will enable consumers to have clarity on where to travel safely and be updated on a weekly basis by the government, similar to the European equivalent.”

The Telegraph reported: “Ministers are expected to meet at the ‘Covid O’ Cabinet committee on Thursday to review global travel but are not expected to add any European countries to the 35-strong ‘red list’.”

There has been speculation that France could be added to the current list of destinations from where returning travellers must be quarantined in designated hotels.

On Wednesday (March 31), French President Emmanuel Macron announced strict new month-long measures including closing schools for three weeks because of rising rates of Covid-19. Non-essential shops will be closed and travel more than 10km from home is forbidden, unless there is a good reason. Travel between French regions will be banned from April 5.

The Welsh first minister Mark Drakeford told Good Morning Britain on Thursday that he hopes Boris Johnson will push back the potential May 17 date because of the risks of reimporting variants of coronavirus. He said the newest lockdown in France was evidence of “how close to this country some of those risks are currently being experienced”.

Thank you for taking the time to read this news article “Analysis By Experts Suggests 12 Countries Could Be Open To UK Holidaymakers Starting May 17”. For more UK daily news, Spanish daily news and Global news stories, visit the Euro Weekly News home page.