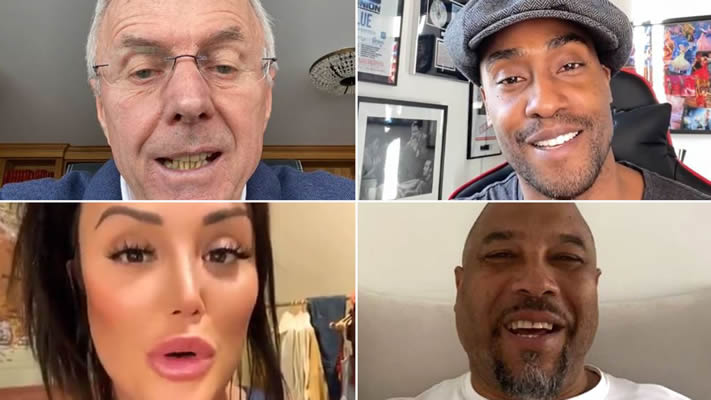 One of the latest trends to come out of the pandemic and the lockdown, is celebrities selling personalised video messages online, on sites such as Memmo, and Cameo, who offer members of the public the opportunity to have a famous celebrity record a message as a gift to a relative, or a friend, with prices starting from £15 up to hundreds of pounds.

Cameo, one of the sites offering this service, has attracted some big stars in the US, and the latest name to sign up in the UK is the former Brexit Party leader, Nigel Farage, who for £75 will make you a video message.

The other company in this latest craze is Memmo, which started out in Sweden in 2019, whose Swedish co-founder, Gustav Lundberg Toresson, says that their database contains around 3000 celebrities, and is growing exponentially, with Gustav and his business partner, Tobias Bengtsdahl hoping to recruit Premier League footballers to the site in the near future.

Mr Toresson told Sky News, “There’s a lot of interest in the footballers – a lot of former ones like Glenn Hoddle and Sven Goran Eriksson, but also in some interesting characters from TV like Clinton Baptiste, a character from Peter Kay’s Phoenix Nights, and Paddy Doherty, from My Big Fat Gypsy Wedding and Celebrity Big Brother”.

He told of rock star Sir Rod Stewart ordering a video message to his son, from a Rod impersonator on their site, earlier this year, pointing out that with the lockdown, entertainers have a lot more time on their hands, adding, “I think it’s just that talent realise they can actually make a lot of money in their living room – and it’s actually really easy”.

Each individual celebrity decides how much to charge for their videos and then they use an app, view their requests, and record their messages, “They’re generally priced between £5 up to £500-£1,000,” Mr Toresson said, as reported by news.sky.com.