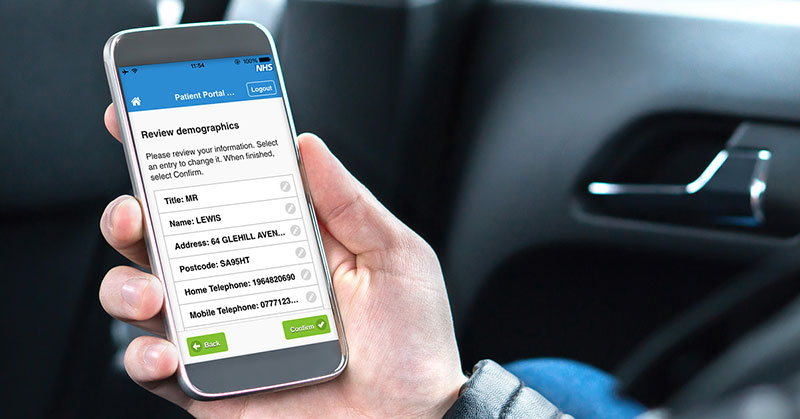 The ‘Covidliste’ mobile phone application, launched by two individuals in France, is proving so successful that Spanish health authorities are understood to be considering adopting it.

The ‘smart’ app works by connecting people who wish to be vaccinated, even non-priority ones, with professionals in possession of unused doses that must be consumed quickly, as in the case of the America Pfizer/BionTech vaccine.

The Covidliste app, which was made available online earlier this week, is open to any citizen who wants to be vaccinated, even if they are not yet theoretically eligible (based on age and health conformity) for the Covid-19 vaccination.

Many people have vented their frustration over the difficulty in being able to get appointments online due to technical reasons or unavailability. However, at the same time, French media has reported cases where doses have been wasted because there weren’t enough appointments filled- a situation that has been echoed in the Uk over the past few months.

The Covidliste aims to stop this by putting French people in touch with vaccination centres that have unused doses, due to the cancellation of an appointment, but which must still be completed or they will have to be thrown away. Their slogan is clear: “No dose will be lost”.

Each internet user is invited to enter his or her personal information (name, age, address, contact details). “When a dose is available, a link is sent to you. Upon confirmation, you are put in touch with a vaccination centre,” explains Covidliste.

This would avoid the need for doctors and pharmacists who have these “surplus” doses to canvass for volunteers for the vaccination themselves. Read the story below about how a care home boss in Madrid was able to innoculate friends and family because some residents in the home refused the jab.

On Saturday 3 April, the site’s Twitter feed showed a picture of 70-year-old Jean-Jacques, in Paris, who received a text message on his phone, validated it and received the address for the vaccination centre, which turned out to be 500 metres away from his house.

On 4 April, the site had 107,582 registrants on its platform. Two men, computer developers, and a doctor from the Foch hospital in Suresnes near Paris are behind the creation of the application.

Vaccine doses that were refused by care home residents in Madrid ended up being used by the bosses family!

The Community of Madrid investigated reports recently that a Madrid care home boss had allegedly administered doses of the Pfizer vaccine to relatives and close friends of the workers, violating an order from the health authorities. The investigation was initiated by reports that people were seen outside the residence of Casablanca Valdesur waiting to be vaccinated.

The nursing home belonged to the Casablanca group, one of the large residential chains to which the Madrid Ministry of Health has outsourced immunisation work, making the workers of these companies in charge of vaccinating the elderly in their centres.

The rules stipulate that only residents and workers should receive injections, but according to witnesses, the medical director of the Casablanca Valdeluz centre, in the Valdemoro municipality, offered workers the opportunity to also vaccinate their relatives and friends. According to information received, the vaccinations had been done as a “favour” to these people and went on for several days.

Had the app been available, this incident would have not happened and the vaccine doses would been offered to patients waiting to have theirs administered. Over in the UK, the BMA (British Medical Association) claimed the NHS were telling GP’s to throw unused doses of the PfiserBionTech drug. Had the new app been available patients waiting for their jabs would have been automatically contacted to come in and take the treatment- read the report below.

GPs in the UK told to throw away Covid vaccines’, BMA claims.

The BMA has said it is continuing to hear reports of CCGs ‘demanding that vaccines are thrown away’ rather than being given as second doses or to ‘other cohorts’. It was revealed last month that GPs could give unused vaccines to the over 75s amid reports that some vials were being wasted due to NHS England red tape around second doses.

NHS England has since said that GPs can offer Covid jabs outside the first four priority cohorts if there is a ‘risk’ of vaccine wastage. However, second doses for both staff and patients within 12 weeks of the first jab remain banned.

In its latest GP Committee update, the BMA said that vaccines ‘must not be deliberately wasted’ and reiterated that PCNs should set up reserve lists to make ‘every effort’ to use all stock.

The email update, sent out to practices, said: ‘We continue to have reports of some CCGs demanding that vaccines are thrown away rather than giving second doses or vaccinating other cohorts.  ‘We would like to reiterate that NHSE/I has made it clear that the top priority is that all vaccines be used and therefore must not be deliberately wasted.’

It added: ‘All sites should have reserve lists that they can use to make every effort to invite patients or healthcare professionals to ensure that they can make full use of any unused vaccines rather than have any go to waste.’

An NHS spokesperson said: ‘As has been said repeatedly, there is absolutely no reason why a vaccine should be wasted, and there is no evidence this is happening.

‘Doctors and other staff at vaccination sites have been asked to have plans in place to ensure that all vaccines are used, including having reserve lists of patients in priority cohorts that can be called for a jab at short notice.’