Are Expats Living In Spain Eligible For The Vaccine? 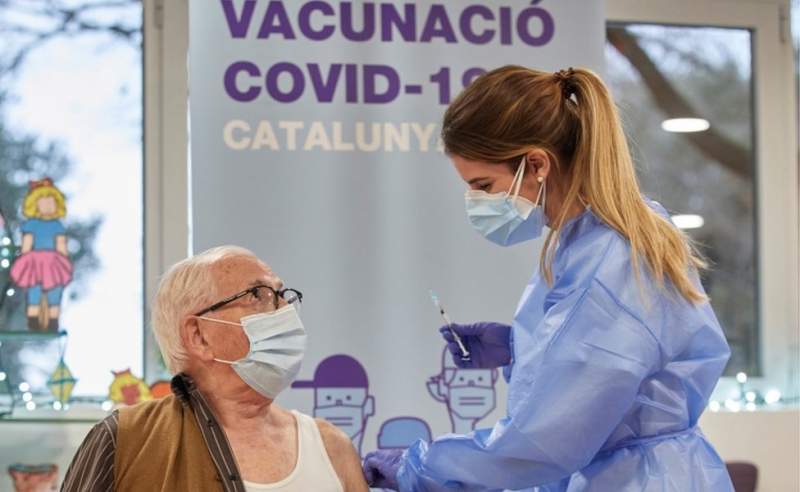 Are Expats In Spain Living In Spain Eligible For The Vaccine? image: Pexels

Are Expats Living In Spain Eligible For The Vaccine? Read What The British Embassy Says.

ARE Expats In Spain Living In Spain Eligible For The Vaccine? It is a very frequent question being posted on social media platforms at the moment and is creating a lot of worry for the thousands of middle-aged and elderly expats in the country who do not speak Spanish and don’t know who to ask. Doubts and queries are regularly being voiced on Facebook groups that cater to United Kingdom Nationals (UKNs) and other foreign residents.

Let’s start with perhaps the most important question – has Spain enough doses for everyone?

Assuming that there are no unforeseen events, the Spanish government’s target of vaccinating 70 per cent of the adult population during the summer would appear to be possible – at least in terms of the number of doses that will be available.

The British Embassy in Madrid has issued advice for UKNs as the campaign progresses. The message is:

“All people living in Spain are eligible for the vaccine, regardless of nationality or residency status”

SPOKESPERSON FROM THE BRITISH EMBASSY IN MADRID

An Embassy spokesperson said: “The Spanish Government’s Vaccination Strategy is clear that, as a matter of public health, all people living in Spain are eligible for the vaccine, regardless of nationality or residency status. At the current time, those in the priority groups are being vaccinated – irrespective of nationality or type of sickness insurance. The Vaccination Strategy is updated regularly to include new priority groups as the number of doses available gradually increases.

“Those UK Nationals who are already registered in the public health system should be contacted by their regional health service to arrange an appointment. The Spanish authorities are asking insurance companies to coordinate with regional health services in order to provide vaccines to their customers. We are in touch with the Spanish authorities regarding the progress of the rollout and what that means for UK nationals. Meanwhile, UK Nationals living in Spain can contact their local health centre or insurer for more information.”

The embassy also recommends that people check the Spanish Government’s list of frequently asked questions at this link and can also find information about priority groups here (Spanish text). The Health Ministry’s Twitter account is also regularly publishing information on the progress of the pandemic in Spain and the vaccination programme.

If you are still unsure about what to do, i would suggest going to your local health centre and asking the volunteer translators to enquire for you, they do a brilliant job helping the expats and charge no fee.