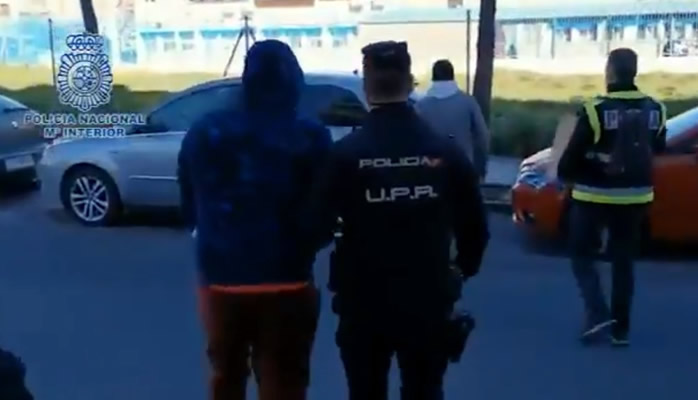 National Police in the Spanish region of Castilla y León have dismantled an itinerant criminal organization that allegedly dedicated itself to the robbery of company offices in the region, and in the process, arrested four people.

The arrests came during four house searches in Madrid and Torrejón de Ardoz, with the suspects charged with the crimes of belonging to an organized criminal group, crimes against public health, and of committing five robberies with force, in Béjar, Salamanca, León, and Zamora.

Investigations began last October, after an office in Salamanca was broken into and robbed, with the thieves getting away with €150,000 in cash from a safe that they cut open using an oxy-acetylene torch, but smart police work quickly identified the suspects as being residents of Madrid and Torrejón, surprisingly, with very little previous criminal history.

Further investigations showed the suspects to be linked to known criminals who had long specialised in this type of robbery using oxy-acetylene and thermal lances to break into safes, but who had always evaded being caught, and the police established that these four men, without any criminal records, must have been trained by the other gang.

Detailed investigations into the lifestyles of the four showed they all drove high-end vehicles, wore top-brand clothing, big houses, went on luxury holidays, but had no justifiable means of income to afford that lifestyle.

As well as the robbery in Salamanca, and despite the lockdown restrictions, this gang of four are believed to have been behind four other robberies where the modus operandi was the same – offices broken into and the safe contents stolen – in offices in different parts of Castilla y León, with one theft in Zamora last February, netting them €42,000 euros in cash, in addition to jewellry.

During the four home searches carried out in Madrid and Torrejón de Ardoz, officers found various effects of interest for the investigation, in addition to seven vehicles, some of which were identified to have been used in the robberies, as reported by h50.es.