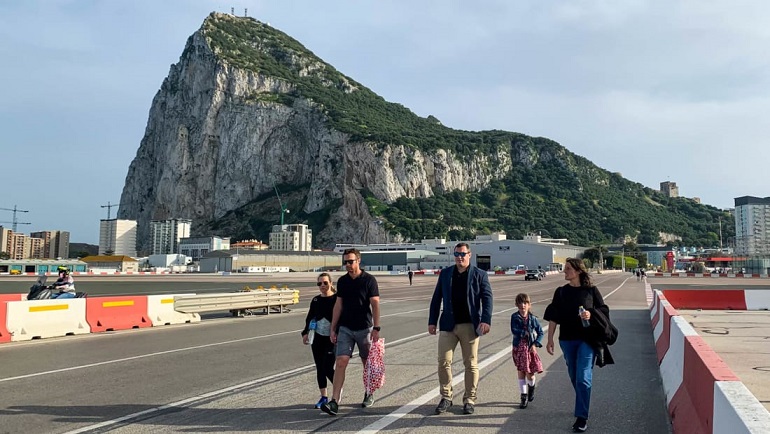 Fully Vaccinated Gibraltar Set To Be Only European Country Allowed For Holidays This Summer. image: Wikipmedia

Fully Vaccinated Gibraltar Set To Be Only European Country Allowed For Holidays This Summer.

With active cases as low as only seven on the rock, the nation is preparing to see more Britons than ever flock to the country as it prepares to attain it’s ‘green traffic light’ status. According to reports, there have been no Gibraltarian residents admitted to hospitals with the virus for more than two weeks.

All 32,000 residents in the country have been vaccinated, which could likely see the country being placed on the UK’s green list.

Signage warning people to wear masks has now been taken down. The Main Street even hosted a return of the Gibraltar Re-enactment Association’s popular march, complete with red and white historical uniforms, lively drums, and Napoleonic muskets.

The midnight-to-5am curfew has also been lifted, allowing establishments to stay open until 2am. Cafes, bars, and restaurants are once again full of people, no doubt making up for the lost time.

Bars and restaurants can serve alcohol but consumption in public spaces away from these establishments is still not allowed between 7pm and 8am.

Holidays for UK citizens around the world have been off the cards for several months. Under the current coronavirus rules, Britons are allowed to travel abroad for essential reasons only. The ban on travelling abroad is set to be lifted on May 17 under Boris Johnson’s roadmap out of the current lockdown.

Other countries set to be on that list include Malta and Portugal, Malta has said it will welcome Britons from June 1, although it will be required that tourists have had both doses of a coronavirus vaccine to be allowed to enter.