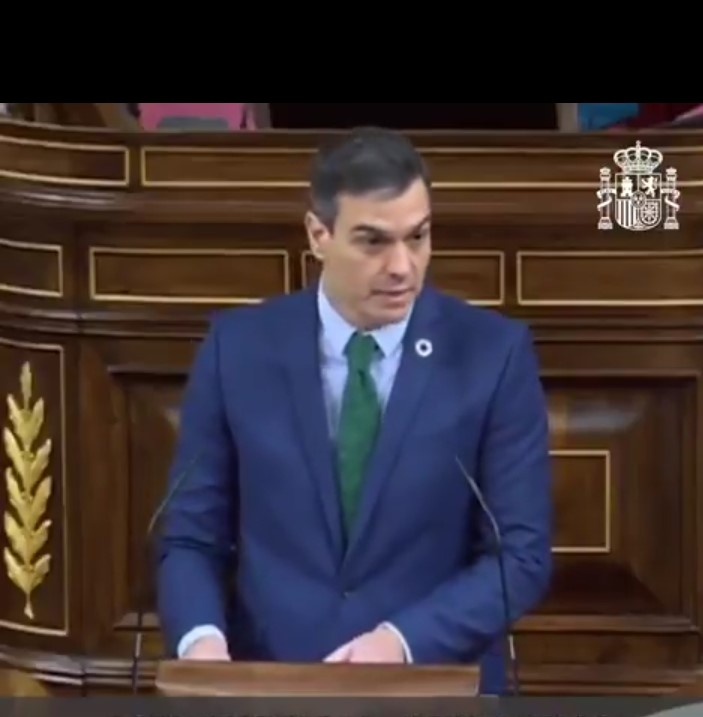 The Madrid 2021 election campaign hasn’t even officially begun yet and already the gloves are off between the current regional president, Isabel Diaz Ayuso, and the Spanish Prime Minister Pedro Sanchez. In response to Mr Sanchez’s accusation that the PP candidate has simply been “crossing her arms in the face of the pandemic” and creating “a record of lack of control and riot,” Ms Ayuso has launched a scathing attack on the Prime Minister on Monday, April 5.

According to the Madrid president, the PSOE political party has become “a refuge for coup leaders, batasunos, squatters and Bolivarians.”

Her choice words compare Mr Sanchez’s party to batasunos, members of a banned Basque national party accused of financing the ETA with public funds, and Bolivarians, named after followers of South American soldier Simon Bolivar, who was instrumental in the continent’s revolutions against the Spanish empire.

Among her criticisms of the current Spanish government, Ms Ayuso claims that the PSOE has continuously manipulated coronavirus data to make Madrid look bad, hypocritically supports feminism while not doing anything about female unemployment, and turned its back on the hospitality sector and small businesses.

According to Spanish daily ABC, Ms Ayuso believes that “Spain is in danger” from a government ruled by Mr Sanchez which “only practices propaganda” and is constantly “fighting” against Madrid. In spite of this “harassment”, she claims to have “treated everyone as adults, leaving no one behind, without telling them how to live.”

Still a month out from the May 4 elections, Ms Ayuso herself recently received a slap on the wrist from the electoral board for allegedly breaching article 50.2 of the electoral law by taking advantage of her current position to forward her campaign. She was reprimanded for asking people to vote for her candidacy during the question and answer segment of a March 15 press conference, and while no official sanctions will be issued, the board has warned her to “be more careful not to incur this excess” in the future.