Meghan Markle Would Be Backed For White House By ‘Powerful People’ 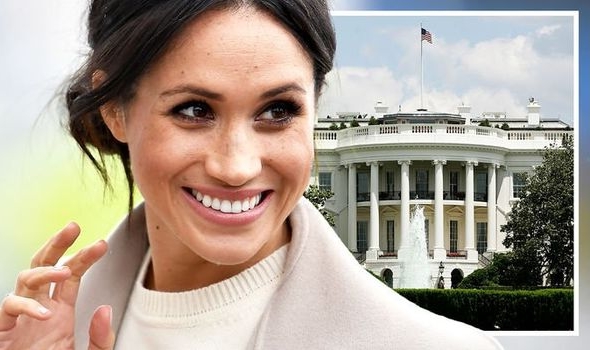 Meghan Markle Would Be Backed For White House By 'Powerful People'- image: Pexels

The author of Princess in Love, about Princess Diana’s love affair with James Hewitt, has told Fox News that despite the fallout from Megxit, the duchess could still run for high office. Anna Pasternak said the Duchess of Sussex made the fatal mistake of confusing celebrity with royalty when she joined “The Firm”.

The 53-year-old said, “the million-dollar question” was what awaits the Duke and Duchess of Sussex now they’ve stepped back as senior royals and settled in America. She added: “I can see Meghan being backed by powerful people and eventually trying for political office.

“I think she has an ambition that knows no bounds. So I wouldn’t be all that surprised if that was part of her agenda. All power to her, if that’s what she really wants.”

Earlier this month, a senior Labour politician – said to be a veteran of Tony Blair’s administration – told The Mail on Sunday that Meghan Markle was networking with senior Democrats to lay the groundwork for a political campaign and for fundraising teams that could ultimately set the wheels in motion to take her all the way to the White House.

The rumour mill is in overdrive across the Atlantic that the Duchess of Sussex is indeed preparing for a political career Stateside, with her sights ultimately set on the top job, with focus on the 2024 election, that is if Joe Biden decides he does not want to serve a second term.

Investigative journalist and author Tom Bower said earlier this week that Ms Markle has “had her time” acting and is now “likely” to launch a US presidential campaign, saying: “The prospect of Meghan running for president is possible and I’d even say likely. I really believe it’s where she sees herself going.” He told Good Morning Britain: “She’s known across the world at the expense of the royal family and that’s the first step to a political career. She’s got the right basis for it because she’s ambitious and she has a lot to say.”

Should the former Suits star, wish to launch a political career she would be met with much support, commentators say.