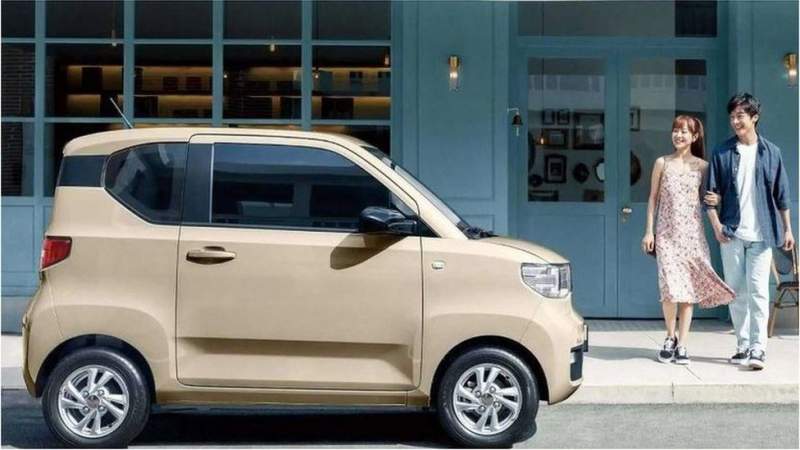 The Hong Guang Mini EV has recently become the nation’s best-selling EV, with the super-compact electric model costing from just €3,775 new. The tiny, all-electric EV sold 25,778 models in China in January according to the China Passenger Car Association (CPCA) compared to 13,843 for the Tesla Model 3.

The car, which is produced as part of a joint venture between state-owned SAIC Motor (known locally as Wuling) and American firm GM Motors, is less than three metres long, seats four people, has a claimed range of 170 Km and can be charged from a 240V mains socket.

Its battery and electric motor produce 13kW of maximum power and 85Nm of torque – enough for a top speed of 62mph. The Hong Guang Mini EV could make an appearance outside China, as Wuling has said it plans to export the EV overseas.

“China has so many makers of small and cheap electric vehicles, however, most of them are low-quality and low-speed products that do not appeal to a wide market, said Sam Fiorani, at Auto Forecast Solutions. The Hong Guang Mini is the first time a major company has stepped up with a simple EV that targets buyers looking for a real car.”

Reports have linked Wuling to a Latvian automaker who could sell a version of the car in Europe. However, the price is likely to be twice as high due to European environmental requirements.