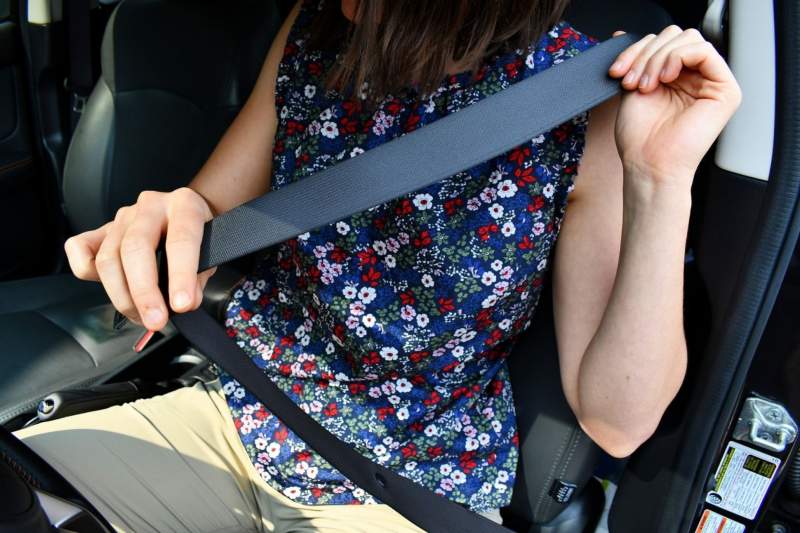 Quarter of road accident fatalities in Spain in 2020 were not wearing a seatbelt.

ACCORDING to the DGT, 125 people who died in traffic accidents last year were not wearing a seatbelt – 26 per cent of the total fatalities.

As for those injured, 205 of the 1,438 people who needed to be hospitalised after a road accident (15 per cent) were not wearing a seatbelt either.

And staggeringly, a DGT surveillance campaign in March 2020 detected that around 1 per cent of all people (adults and children) were not wearing the safety restraints.

“Travelling at 40 km/h and without a seatbelt, a crash can be fatal, because by not being restrained we can hit our head on the windshield,” said Carlos Llinàs, instructor at the RACC (Royal Automobile Club of Catalonia) School of Safe Driving.

He said that there has been a lot of talk about driving assistants (ADAS), but pointed out that the seatbelt is the safety element that has saved the most lives on the road – more than one million, according to the RACC, “because it is the most effective measure.”

In fact, the German Patent Office has recognised it as one of the eight most important inventions of the 20th century, says Luis Montoro, president of FESVIAL (Foundation for Road Safety).

Paula Márquez, deputy assistant director of the DGT’s National Road Safety Observatory (ONSV), adds that wearing a seat belt in an accident means “the difference between life and death, between being injured or not.”

She compared it to vaccines – if vaccines were the great medical breakthrough of the 20th century, seatbelts were a turning point in road safety.

“Vaccines have saved thousands of lives, as we are now seeing, and seatbelts have significantly reduced the number of road accidents, both in terms of injuries and fatalities,” added Márquez.

In a rollover, explains Jesús Monclús, Director of Prevention and Road Safety at Fundación Mapfre, “the vehicle becomes a centrifuge,” so “the chances of dying are multiplied by three or five” and for that “you don’t need many turns or a lot of speed.”

The message from RACC instructor, Llinàs, is clear: “Put on your seat belt, get connected to life.”

However, he believes that “many people wear their seat belts to avoid a fine, not for safety, and that’s why they don’t make good use of them.”

He added that many feel the restraint “is a nuisance” and believes that penalties could be toughened and new devices could be developed that, for example, prevent vehicles from starting if seat belts are not properly fastened.