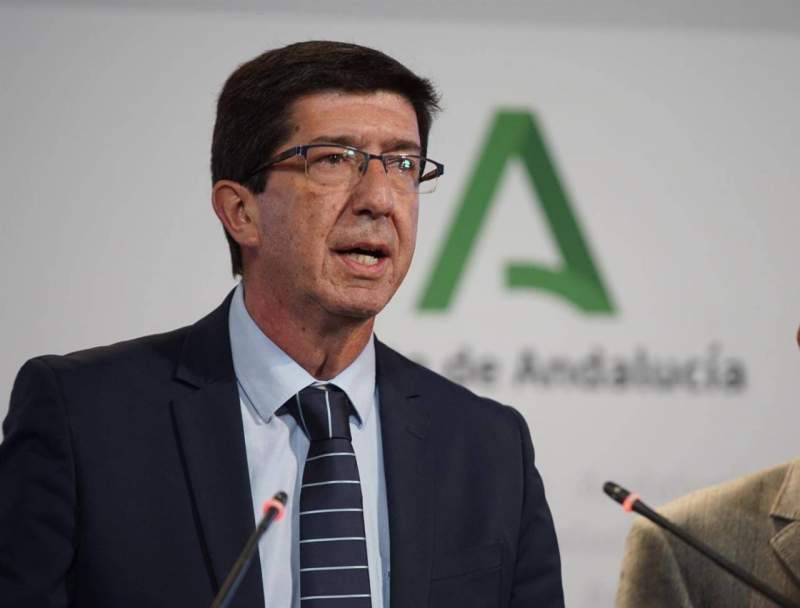 Andalucia Warns A Return To Restrictions ‘Inevitable’ If Cases Continue To Rise.
The vice president of the Board and Minister of Tourism, Regeneration, Justice and Local Administration, Juan Marín, has said that with the arrival of the fourth wave in Andalucia, it may force the Board to once again tighten the restrictions in the community back to where they were before the Easter holidays.
“If we have to return to old schedules, we will,” stressed Marín, although he pointed out that, for the moment, “the projection” of the pandemic curve “is not excessively bad.”
Extended opening hours for the region’s hospitality sector and the warm weather over the Easter period is being blamed for a rise in infections.
The increase in infections in recent weeks and the increase in hospital admissions will be evaluated in the next meeting of the committee of experts, scheduled for this Wednesday, April 7. The current measures are in force until Friday, April 9.
Andalucia Covid cases have risen higher over the last 14 days, the region has entered Holy Week with the incidence rate crossing the 150 per 100,000 barrier, putting it at high risk of closure once again.
Also, Marín wanted to highlight the “poor” Easter trade for Andalucian tourism, although he acknowledged that “some sectors have been saved.”
The Andalucian vice president also highlighted “how uneven” these holidays have been, with an occupation in rural and inland areas of 60-70 per cent and 20 per cent in large cities. “It depended on the type of accommodation and the location,” he pointed out.
“Inland tourism has had surprisingly higher occupancy than was initially expected. In the province of Sevilla, it has exceeded 80 per cent. People have sought the outdoors a lot,” explained the Minister of Tourism.
Overnight stays in large cities have remained at 20 per cent, a level that was “expected as mobility between provinces in Andalucia is closed,” reported Marin. He also indicated that other sectors, such as hotels and restaurants, had faired “quite good, depending on the area,” during Holy Week.
It is still mandatory to wear masks during the pandemic, Amazon has a great range in stock, click on the link to see what they have on offer. https://amzn.to/3826Rmr