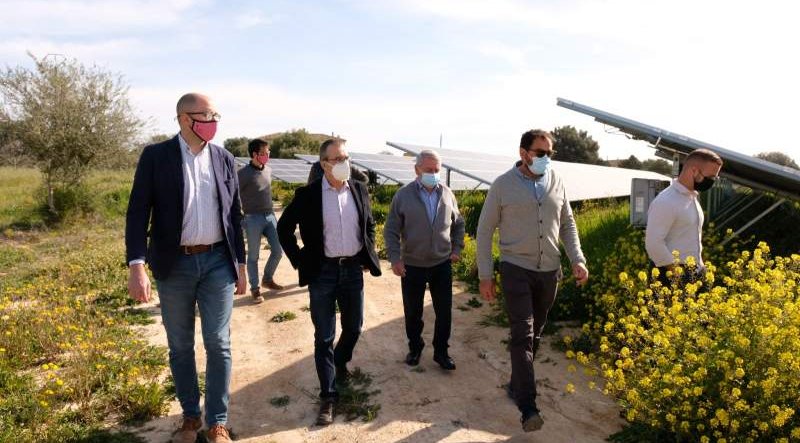 THE Balearic Government is committed to a transfer to the generation of green energy and representatives were present at the opening of the first new photovoltaic park in eight years.
The Son Corcó park which generates electricity via solar panels is situated in Consell and covers three hectares which allows it to produce significant volumes of power to feed into the Mallorca grid.
Tests started last October and now the park has been declared officially open and is the first of what could be many new solar installations around the Balearics.
According to the Balearic Government, this is the first park to be created since 2011 when the state government suspended financial support for renewable energy projects.
This is the first of a planned 55 solar energy projects on the islands which are due to be built over the next two years at a supported cost of €40 million and this work will mean the creation of some 17,500 jobs with construction and maintenance.
Balearic vice-president Juan Pedro Yllanes commented “The implementation of this type of park contributes to the diversification and economic recovery of the Balearic Islands. I want to remind you that we are waiting for the payment of more than €300 million of European aid that will allow us to multiply by ten the generation of energy from renewable sources, which will allow us to achieve at the end of the legislature that 25 per cent of the electricity produced in the Islands is of renewable origin.”
There are currently 36 solar parks on Mallorca, two on Menorca and one on Formentera, so the scope for future development is enormous.