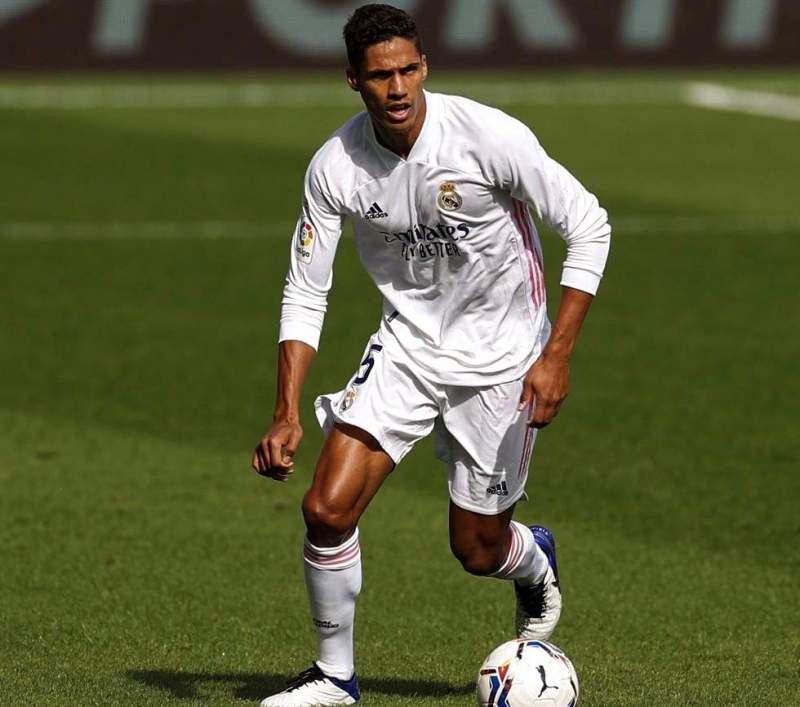 Huge blow for Real Madrid ahead of Liverpool clash as Varane tests positive for Covid.

THE club has confirmed in a statement this afternoon, Tuesday, April 6, that “our player Raphaël Varane tested positive in a Covid-19 test this morning”.

The huge blow means Los Blancos will take on Liverpool in the first leg of their Champions League quarter-final tonight without the French international and captain Sergio Ramos who was injured during post-game stretches last week.

Zineine Zidane will have serious concerns about his defence with both stars ruled out.

Varane, who is already isolating and complying with the necessary health measures, will also be unavailable for Saturday’s Clasico against Barcelona at the Estadio Alfredo Di Stefano and the second leg against Liverpool at Anfield on April 14.

The Frenchman didn’t train with teammates on Monday night as he awaited confirmation of the positive result this morning.

The absence of Varane leaves Zidane with Nacho Fernandez, who is on a yellow card, and Eder Militao as his only options at centre-back.

Eden Hazard, Dani Carvajal are also out of tonight’s game.

One of the club’s star players made headlines last week when left-back Marcelo Vieira was caught skipping confinement to spend time with his family on the beach in Spain’s Valencia,

The Brazilian international and Real Madrid’s vice-captain was spotted enjoying Sunday, March 28 in Valencia with his family, in spite of the perimeter restrictions currently in place due to the coronavirus pandemic.

As well as playing for Real Madrid, Marcelo has been an international with Brazil since 2008, with which he won the 2013 Confederations Cup.

He participated with the Brazilian Olympic team in Beijing 2008 and London 2012, achieving bronze and silver respectively.