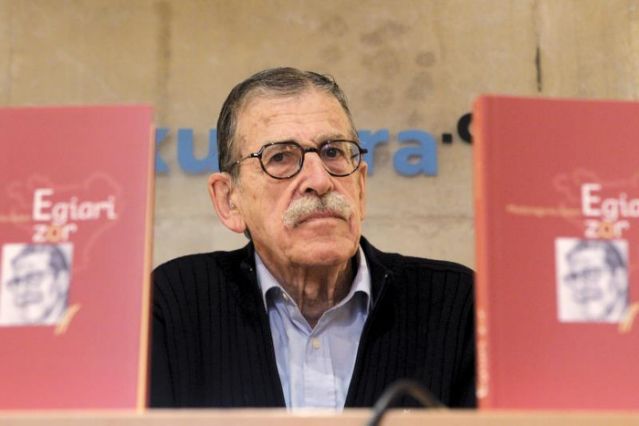 One of the original founders of the terrorist group ETA, Julen Madariaga Agirre, has died today, Tuesday, April 6, at the age of 88 after a long illness.

Madariaga founded ETA in 1959 together with Benito del Valle, Rafa Albisu and Txillardegi. He later went on to become a prominent member of Herri Batasuna. Agirre was well known for defending the hard line of the gang during their terror reign, however, towards the end of the campaign he condemned the violence.

Born in Bilbao in 1932, he emigrated with his family to Chile (his father was a member of the PNV) due to the Civil War. He returned to Bilbao at the age of ten.

He studied law and obtained a doctorate at the University of Cambridge. Contrary to the position of the PNV in the Franco dictatorship, he formed the Ekin group, which was a symbol of resistance. He settled in France, moved around other European countries, and in 1959 he participated in the founding of ETA.

He was declared in absentia in the Burgos trial and took refuge in the French Basque Country, where he obtained French nationality in 1986. In 1989 he was sentenced in that country to four years in prison for collaborating with ETA. He was released from prison in 1991 and returned to Bilbao, where he opened his own law firm.

Later, in 1995, Herri Batasuna left after that formation refused to condemn the murder of Gregorio Ordóñez perpetrated by ETA. Later he joined Aralar, where he was responsible for its Guarantees Commission and candidate for deputy of Vizcaya in the local elections of 2003, as well as candidate for the Senate and the European Parliament.

In 2006 the then judge and today Interior Minister Fernando Grande-Marlaska ordered his arrest in the framework of an operation against alleged ETA members, and he was later released on bail.