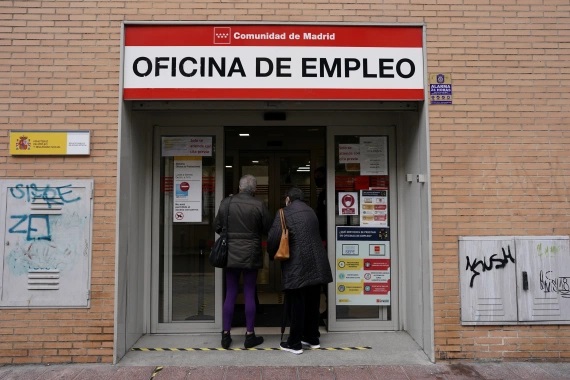 The job market in Spain is showing a slight reduction in unemployment, however, the tourism sector is still struggling.

WITH the conflicting advice from the UK Government on when they expect people to be able to travel to Spain and other international countries, it’s unsure when the tourism sector will recover.

Hundreds of thousands of people in Spain are now unemployed with many more on the government’s ERTE furlough scheme, after a year of battling the Covid pandemic. However, data released on Tuesday does suggest a slight reduction in unemployment.

The number of people in unemployment across Spain has fallen below the four million mark recorded in February. A decrease of 1.48 per cent has been recorded, the figure now being at 3,949,640 with 59,149 fewer people without work compared to March.

Since Spain first introduced the lockdown in March 2020, there has been an increase in unemployment of 11.31 per cent, which equates to 401,328 more people without a job. When compared to February 2020, which was the month before the Covid restrictions kicked in fully, the difference rose to over 70,000.

The easing of restrictions that were imposed at the beginning of 2021 to help fight the third wave of Covid, however, has assisted in a drop of 1.48 per cent in jobless claims in March 2021.

Labour Minister Yolanda Díaz tweeted: “Our country is still going through a very tough time, however, this reduction in unemployment is a positive sign.”

The majority of Spain’s unemployed are female and the service industry continues to be the worst affected. There are nearly 750,000 people that are still being supported by the ERTE furlough scheme, however, this is a much lower figure than the 3.6 million reached in April 2020.

The Tourism industry is Still Struggling

Most of the world is still facing travel restrictions to international countries and Spain is feeling the loss of vital tourism. Tourist arrivals to Spain plunged by 93.6 per cent year-on-year in February, with visitors avoiding beaches and bars in what is normally the world’s most second visited country.

In February, Spain received 284,311 foreign tourists which is 34.6 per cent less than January.

There was also a drop of 93.3 per cent in international tourism revenues year-on-year in February which has put a huge strain on many businesses.

Foreign tourism in Spain plummeted by a huge 80 per cent in 2020 to 19 million visitors, these are the lowest figures since 1969. Few expect pre-pandemic numbers again until 2023, with the travel restrictions from the UK also putting a question mark over the much-needed tourism from Brits.

However, as there are mixed messages from the UK Government on when travel will be allowed again, it was reported today that easyJet’s chief executive can see travel to Spain from the UK possible from July.