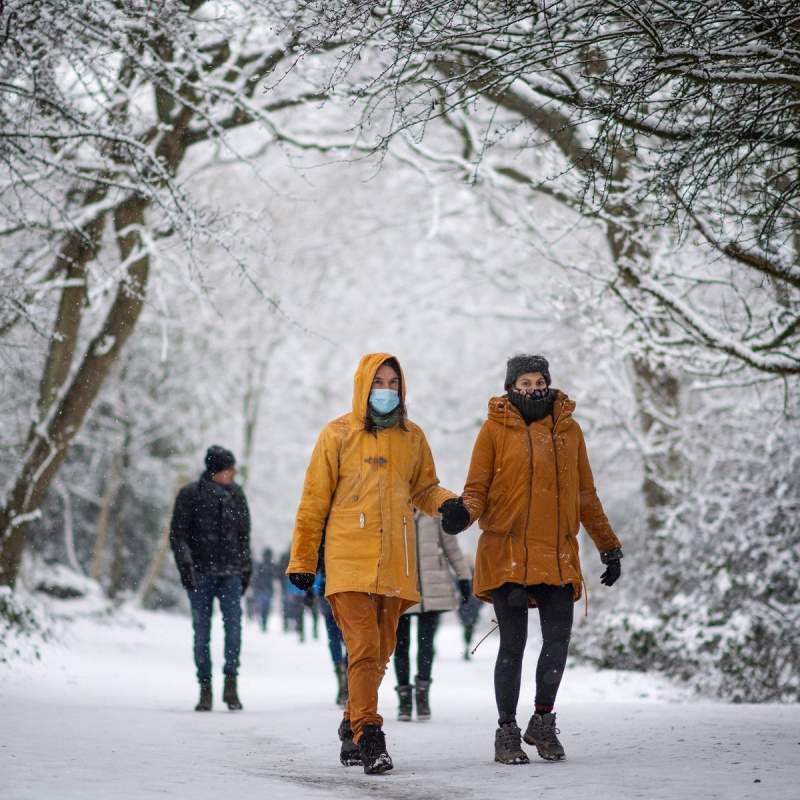 Forecasters warn that temperatures could plunge to minus 8C (17.6F) in some parts of the UK and that nowhere will be “immune” to blankets of sleet and snow. Most Brits will wake to a cold start today, Tuesday, April 6, with temperatures hovering around minus 2C (28.4F) in the south of England and minus 5C (23F) in the north.

Isolated parts of northern and central Scotland could even see the mercury drop to minus 8C between 3 am and 5 am, the Met Office said, something we are definitely not used to on the Costa del Sol in Spain- brrrrr!

“Nobody is entirely immune to the odd bit of sleet or snow. It won’t last long and it won’t settle for very long either, but nobody is going to be 100% safe from not seeing anything.”

Snow warnings have also been put in place for northern Scotland until 10 am, with as much as 2cm expected to fall on higher ground.

A separate yellow warning for snow and ice is also in place for west Wales and Northern Ireland until 10 am, with up to 4cm expected to fall. Temperatures are forecast to hit highs of just 8C in the south of England, and around 4C (39.2F) to 5C (41F) in the north later on Tuesday.

In the north of England and into Scotland, temperatures are expected to hover around minus 6C to minus 8C. Wednesday will be a mostly dry day, with temperatures forecast to be around 8C to 10C in the south.