Andalucia Says Beach Goers Do NOT Have to Wear Masks 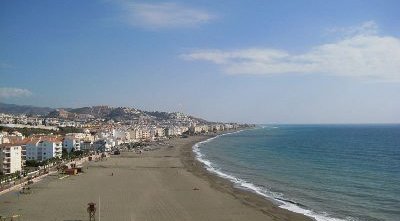 Andalucia Says Beach Goers Do NOT Have to Wear Masks. Image: Wikimedia

Andalucia has said beach goers do not have to wear masks.

THE Junta de Andalucia rejected the Spanish Central Government’s recent law mandating masks in all public spaces, saying beach goers in Andalucia would not have to wear masks.
According to Spanish newspaper Sur, the Junta’s spokesman, Elias Bendodo, criticised the law created by Spain’s Central Government saying it would not be good for tourism.
He added: “In our community there is already a rule that says that you only need to use it when you go for a walk. We are opposed to the other [law].”
Bendodo added that Andalucia already had a law in place regulating the use of masks.  He said: “Masks are not compulsory when sunbathing with people from your household, we just have to take them for walks or when we go to meet with more people.”
Speaking about Spain’s new law, he said: “We do not accept that guideline.”
He added: “We ask that the rule be rectified and applied as it was last year.”
Andalucia follows Catalonia and the Balearic Islands in rejecting a law announced by Spain’s Central Government requiring the use of masks in all public spaces.
The law was changed on March 30 to remove the exemption in the previous regulation which meant masks did not have to be worn outdoors if people could stay at least 1.5 metres apart from each other.
Now, masks will have to be worn in all public spaces even if people can stay 1.5 metres away from each other, which could include beaches and around pools.
While the new law will affect many areas of Spain, Andalucia has had a similar law in effect since last July meaning everyone in public spaces, except those who are exempt for medical or other reasons, already have to wear a mask.
Andalucia’s law had made an exemption for those lying down near beaches and swimming pools however, while Spain’s new law does not, meaning mask wearing is now mandatory even on the beach unless a similar exemption is put in place.
Current fines for being found not wearing a mask begin at €100 and can rise to between €601 and €30,000 for more serious cases.
The government has said it will look at the law again after criticism from across Spain.