British Expats Urged Not To Delay Applying For Their New Passports 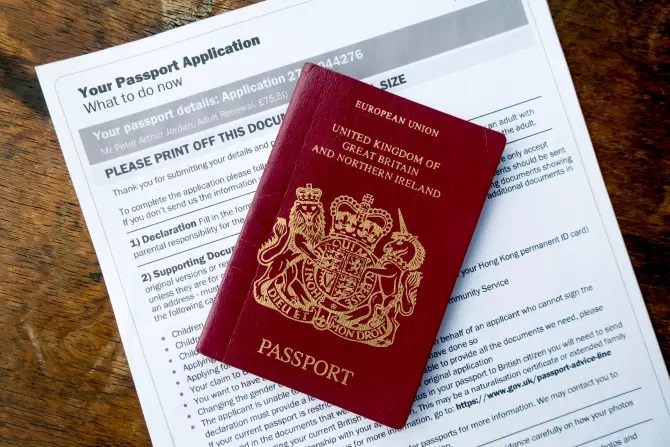 British Expats Urged Not To Delay Applying For Their New Passports. image: Pexels

British Expats Urged Not To Delay Applying For Their New Passports.

BRITISH expats in Spain and UK nationals waiting to travel from the UK have been urged not to delay in applying for their British passports and advised to allow plenty of time for it to be processed – at least 10 weeks!

The HM Passport Office said in a statement: “While it is still illegal to holiday overseas and the ‘Stay in the UK’ regulation remains in place, by applying for a passport now, people can make sure nothing stands in their way when they can.

It added: “While all applications will be processed as quickly as possible, people should now allow up to 10 weeks when applying for their British passport to help manage this demand.”

Abi Tierney, director-general of HM Passport Office, said: “It is vital those who may need to apply for a new passport do so now.

“If you have delayed renewing your passport or are applying for the first time, please apply now so you can receive it in good time. This new advice will help to ensure that we continue to meet the travel plans of our customers during any period of the very highest passport demand.”

The passport office will be sending text messages to people whose passports are nearing expiry to let them know to allow more time when they renew. Another problem exists here for British expats as many change their telephone providers, sometimes not keeping the contact number they provided when they applied for the current passport they hold.

Under current UK law, non-essential international travel will not be allowed until May 17 at the earliest.

The statement said the ‘Stay in the UK’ regulation will be replaced by a traffic light system with red, amber and green ratings, adding: “It is too early to predict which countries will be on which list over the summer.

“Our decisions will be driven by the evidence available at the time, as such, we continue to advise people not to book summer holidays abroad.”

British expats in particular have been slow in applying for theirs over confusion as to whether they would actually be allowed to stay in Spain after Brexit. Also, due to the extreme load placed on the processing centres caused in part by the pandemic and otherwise by the massive bulk of applications made by expats, many needed to hold on to their passports as they are needed when attending the offices in person.

This is being cited as the main reason that during the pandemic, Her Majesty’s Passport Office saw a “significant drop” in the number of people applying for passports.

In a normal year, it processes about seven million applications but last year just over four million people applied for their passport. The thing to take into account here is that amazingly, thousands of British expats still live to this day ‘under the radar’ in Spain, meaning to carry on living there they will need to ‘regularise themselves’.

To become a legal resident the first you get asked for when applying for residencia is your passport of course, apart from proof of income, health insurance, bank account – I’m sure by now we are all familiar with the process!

I have provided a link to the UK Government’s website where you can apply for your passport if you are a British national. https://www.gov.uk/apply-renew-passport

If you haven’t applied for your passport or passports yet and they don’t have more than six months left on them i suggest you hurry and apply now.

Source: The Guardian and UK gov.co.uk