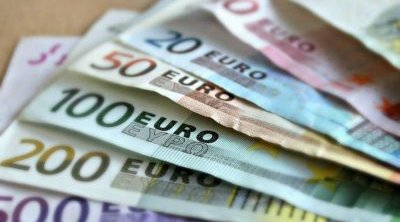 Expat pensioners and visitors to Spain could all benefit from news that the British Pound has seen growth against the Euro.

THE announcement that the Pound saw growth against the Euro could be good news for British expats with pensions, as well as those who earn an income in the UK or regularly transfer money from the UK to Spain.

According to the Express newspaper, the exchange rate earlier this week broke through to €1.18 to the Pound, following an average exchange rate last year of €1.1248.

Despite dropping back to below €1.17 to the Pound, Michael Brown, currency expert at Caxton FX, told the Express: “Sterling has, however, managed to build a base of support around 1.1650.”

This could be good news for expats with UK pensions and incomes who saw the Pound drop from an average of around €1.30 to the Pound before the 2016 EU referendum to an average of between €1.10 and €1.20 to the pound since then.

The move could also improve buying power for travellers hoping to visit loved ones in Spain this summer.

The drop in exchange rates following the referendum saw many pensioners notice their monthly income drop, affecting everything from how much they had available to spend on food and shopping to how often they could afford to travel back to the UK.

The decrease also saw travellers to Spain get less for their Pound.

Speaking to the Euro Weekly News about the Pound’s growth, one expat, Sam Benson from Competa, said: “This is really good news for anyone with an income from the UK.  Exchange rates over the past few years have been awful and I know many pensioners who have had to change their spending because their pensions just are not worth the same.

“I will also be happy if this means everyone coming out to see us from the UK has a bit more to spend this summer.”

The news comes as the UK’s economy is also expected to perform better this year, with growth expected to rise by around 4.7 per cent, in a move which may also benefit UK tourists to Spain.