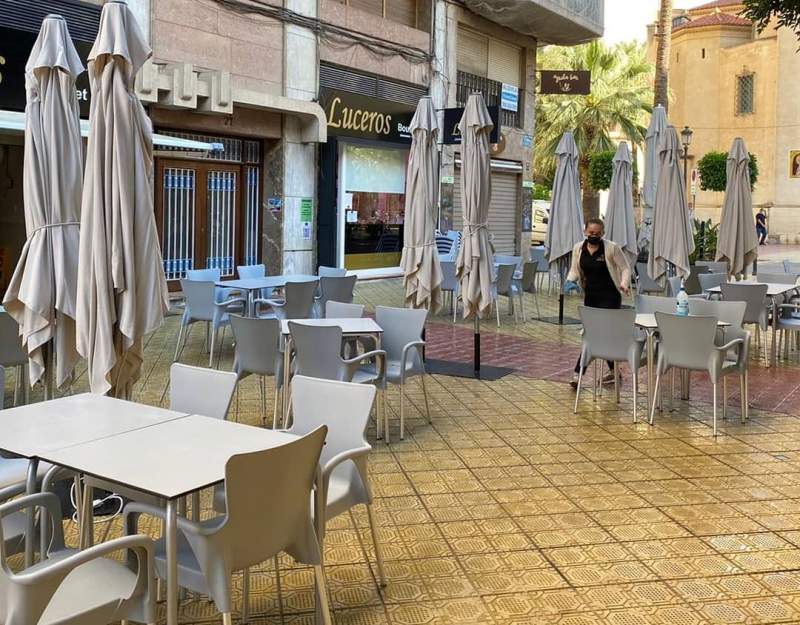 Hospitality sector on Spain’s Costa Blanca demands extended opening hours and increased capacity.
ELCHE Hospitality Association is calling on the Valencia Government to take urgent measures to extend the opening hours of hotel, catering, leisure and gaming venues until 10pm rather than 6pm (to coincide with the curfew).
It also wants to see an increase in capacity in the interior of premises up to 50 per cent, which it says would alleviate the huge problems that premises without a terrace face.
The request is based on “good data relating to the evolution of the pandemic in the Valencian Community during Easter Week”, which has closed with a contagion rate that continues to be around 30 cases per 100,000 inhabitants.
The association also argues that the information and control campaign carried out in Elche establishments has led to “exceptional behaviour in the hotel and catering”, on the part of both businesses and customers.
“Once these critical dates (Easter) have passed, the time has come to facilitate the work of hoteliers,” it said.
The hospitality sector’s concern is that the majority of establishments are “at the limit of their possibilities” and need to increase their income, which the association said has “greatly diminished due to the harsh restrictions suffered during a year of pandemic”.
An increase in opening hours and capacity restrictions would help them “to survive and overcome the toughest crisis in many decades”.
The hotel and leisure industry in Elche is also calling for “maximum expedite payment of aid already granted to SMEs and autonomous”, as well as activation of new subsidies to support solvency in response to the pandemic, recently approved by the government.
In a statement, the association said that “all the limiting factors and the insufficient and slow direct aid, essential for the survival of leisure and restaurant companies after a year with almost no income, keeps hundreds of establishments on the edge of the precipice and puts thousands at stake”.