Ah well, perhaps they can sort it all out 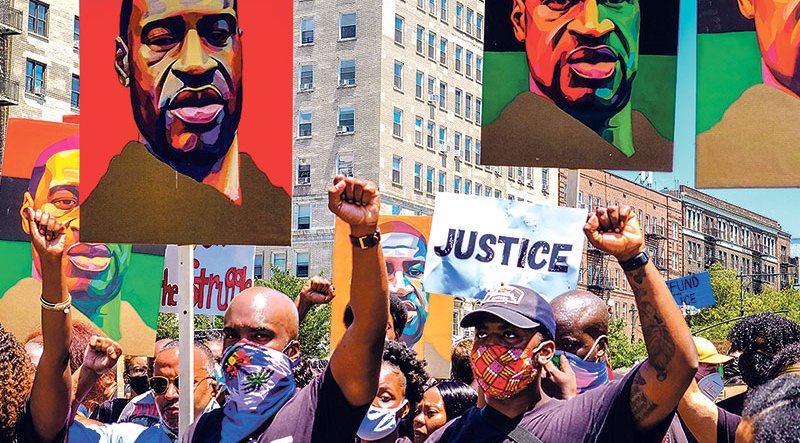 CONFLICT: Should not be allowed to happen.

Whatever the result of the Derek Chauvin trial, you can put your money on two indisputable facts. If George Floyd’s lawyers gain a favourable result and this police officer is declared guilty of murder, there will be wild celebrations and hysterical jubilations across the land.

Anything less and the rioters and looters, who are probably polishing their pilfering skills as we speak, will join untold millions of screaming hoards, who will spread mayhem, maiming and inevitably deaths all across our Western society. You can rest assured this situation will prevail for months, costing billions to beleaguered governments, who are already trying to manage economies teetering on the brink.  And there’s the rub.

The various ruling factions simply cannot allow this to happen; the results would be catastrophic. Militant insurgents are now so numerous and the threat of violence so great, that the politicians are petrified of inciting them in any way – it could ultimately cost them their jobs. Therefore, as we see time after time, appeasement is their only viable alternative. (The recent ‘Mohamed cartoon’ school confrontation is a case in point).

Unfortunately, these reactions are, (correctly) interpreted by the militants as a sign of weakness and subsequently can create an even higher escalation of public disorder and extremism. With all this in mind, in the case of George Floyd, you can rest assured the defendant will be found guilty. I do however feel there is some possibility of a manslaughter verdict, the consequences of which will be exactly the same as a ruling of not guilty!

So gird your loins for a resulting conflict that could lead to many of the cities, both in the UK and America resembling the worst days of Beirut – an outcome I warned of some 25 years ago! Personally, after closely following this trial on Al Jazeera (without doubt the channel to watch) and disregarding the fact that this Floyd individual was assuredly a drug-taking waste of space; if you watch the previously unrevealed video footage and observe the ‘hand in pocket,’ cold arrogance of the police officer, as he knelt on the neck of this handcuffed criminal for some nine and a half minutes, his actions do appear to be unnecessarily excessive and, as it resulted in his demise, certainly, in my opinion, merits at the very least a verdict of manslaughter. Good luck everyone.

What with the pandemic, the threat of militant Islam, the ongoing unrest in the Middle East; genocide in parts of Africa, global warming and the diversity farce, it’s not exactly the sort of legacy I would have wished for my children. Ah well perhaps they can sort it all out. One thing is for sure, we certainly couldn’t.

Don’t forget to listen to my ‘alter ego’ on expatradioscotland.com. Also available on Google and Alexa devices. Monday. Wednesday and Friday 1pm till 4. Join us for a laugh.