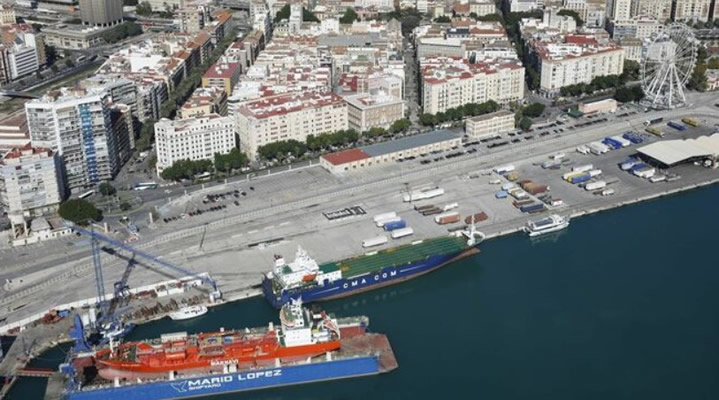 Construction Of The Proposed Guardia Civil Barracks In Malaga Port Put Out To Tender.

THE construction of the proposed new Guardia Civil barracks in the port of Malaga has been put out to tender by the Port Authority, with an initial value of €1,405,767 (excluding VAT), with the announcement in the State Procurement Platform informing interested companies that they have a deadline of May 3 by which to submit their proposals.

After May 3, the proposals will be studied before granting the eight-month contract to one company, for the work that involves transforming the floors of Muelle Heredia, where an office complex is projected, with the authorities believing the project can be completed by the first half of 2022.

The plot reserved for this building is located in the western part of the site, near the Guadalmedina River, having an area of 2,854m2, on which an occupation of 608,820 metres is allowed, and the possibility of building 1,826.46 metres on the ground floor plus two more floors, and also a free area of approximately 2,245m2 will be occupied by a car parking area, and by the perimeter fence of the plot.

The impetus for this tender was validated by the Port’s Board of Directors at the end of last March, and to this first part of the development of Muelle Heredia must be added the future construction of another building for the transfer of the Tax Agency, a step taken by the agency chaired by Carlos Rubio to tender the drafting of this construction project.

Unlike the proposal for the Guardia Civil building, that of the Tax Agency will initially be financed through a kind of bridge loan, however, the final value, which may be around €4 million, would be included in the tender so that the company that wins the contract assumes that cost as an added burden, as reported by malagahoy.es.