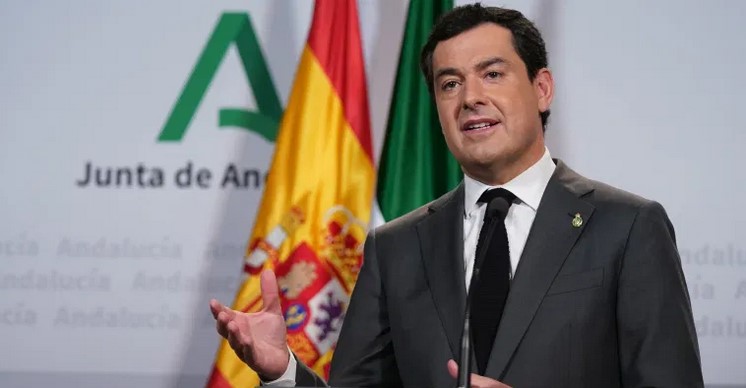 Juanma Moreno, the president of the Junta de Andalucia, spoke during an appearance in Cadiz on Wednesday, April 7, giving his thoughts about Spanish President Pedro Sánchez’s announcement of his intention to lift the current State of Alarm on May 9.
The regional leader warned about the consequences of taking such a step, as he said, “We will lose powerful tools in the form of the curfew and mobility limitations that can help stop the spread of the disease. I think we are going to run out of adequate instruments if there is another spike.”
He added, “I think it was a hasty decision, not mature enough and not in dialogue with the regions. When all the weight of the fight against the pandemic falls on the regions, it seems sensible and reasonable that the government of Spain at least makes them partners to the decision.”
Mr Moreno spoke of his surprise at the announcement made by the president, claiming he had no prior knowledge that such an action was going to be taken, because there had been no conferences between the regional presidents in several months.
He continued, “I believe that the pandemic and the economic crisis is reason enough for Pedro Sánchez to have summoned us and we could talk and debate about how we get out of the health crisis, how the rate of vaccination is going, or how European funds are going.”
The State of Alarm was introduced last autumn, allowing the individual regions to impose their own curfews and mobility restrictions, without challenges in the courts, something that happened between last summer and until October 25, and from May 9, this will be the situation again, where regions will be in charge of the measures they implement, but legal experts fear a similar situation to that prior to October 25, as reported by surinenglish.com.