Mahou San Miguel Profits Dropped By 98 Per Cent In 2020 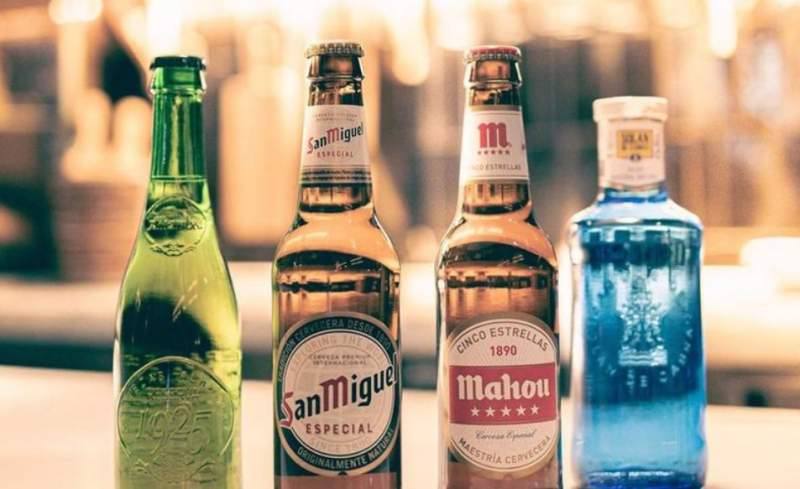 A spokesperson for the company said, “This result, very far from those recorded in previous years, has been a consequence of the impact of the health situation and the measures implemented to help alleviate it, such as closures and restrictions in hotel establishments”.

The tourism and hospitality sectors are of course closely linked to alcohol consumption, and during 2019, around 55 per cent of Mahou’s sales were in these sectors, but during 2020 that percentage fell to 40 per cent, and while home sales of their product rose by 10 per cent, it was not enough to offset the profits.

During 2020 the company produced 17.7 million hectolitres of product, of which, 13.5 per cent was beers, and another 4.5 per cent were mineral waters, which in total is 8.2 per cent less than the production total of 2019.

The CEO of Mahou San Miguel, Alberto Rodríguez-Toquero, in a meeting with the media, speaking about 2020, pointed out, “We have invested more than €200 million, the highest figure for Mahou San Miguel in its history in this regard”.

These investments, according to the company’s data, include measures to reactivate their businesses, including fitting out the terraces of 65,000 establishments, and making extraordinary product deliveries worth €75 million, throughout Spain, as well as support materials and grants and loans to its customers’ establishments.

As far as 2021 is concerned, Rodríguez-Toquero admits that it is difficult to make any forecast as to how long it will take the company to recoup their losses, noting, “We are not in a race against time to return to that profitability in the short term, but rather to bring this company to its better version, that if it is in 2023, better”, adding, “2021 will be better than 2020, because we are better and everything points to it”, as reported by eldiario.es.