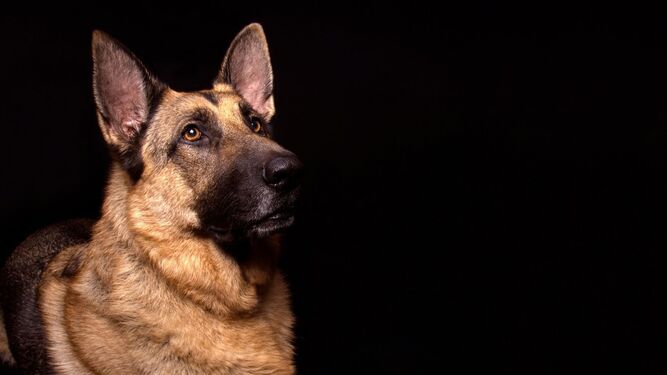 AFTER months of training, the German Shepherd responds by sitting down when he smells Covid-19 on samples used in training.

Trained by the Spanish Army’s canine unit, Roco has been sniffing out the killer virus for the past month with a 90 per cent efficiency in negative samples and 75 per cent in positive samples.

Thanks to him, a project which was going to be shelved has been reactivated.

Colonel María Isabel de Martín, head of the Defence Military Canine Centre, said Roco “detects the positives and discriminates the negatives perfectly,” and, as a result of Soco’s success, revealed she has put her own working dog in the programme seven months ago – though with no results so far.

The Colonel told Efe that just as dogs are able to detect explosives, money ink or drugs, their “portentous sense of smell leads them to discriminate substances produced by the human body and responsive to a disease such as Covid.”

According to De Martin, the Army project has a substantial difference to trials elsewhere in which dogs are trained to detect Covid through sweat, in that Roco is trained “to discriminate Covid in PCR swabs.”

She explained that viruses themselves do not smell, but according to several studies the disease produces a molecule that could be the one that is detected by the dogs.

Whether it is the virus or a molecule the dogs smell, De Martin said “it’s not an easy task” that still needs to be tested further to prove whether or not the technique is really effective.

“We have been working with dogs for seven months now, we started with seven, and only one dog has detected the positive ones, and that’s Soco.”

The four-year-old German Shepherd, has become a potential ‘Covid tracker’ after having been an explosives and therapy dog.