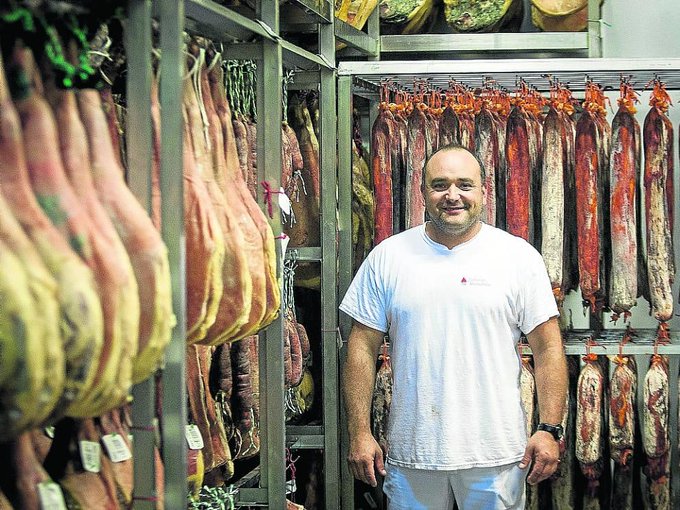 DEMAND was so high for the large hams that Teruel-based Jamones Bronchales’ website crashed within a few hours of sharing a video announcing he was selling off a large stock after mobility restrictions and limitations meant orders from bars and restaurants had slowed down.

The hospitality industry reportedly accounts for 85 per cent of owner Paco Nácher’s business, and when stock began to pile up, he came up with the idea of creating a video explaining his situation which he shared on the BNI business network.

What he didn’t expect was the incredible response when the video was shared to other networks, generating interest from thousands of people, reports elDiario.

Nácher said that in just a few hours his website collapsed and he was receiving around 200 calls per minute.

The company had 3,000 salt-preserved hams planned to be sold between the end of 2020 and the beginning of 2021, and thanks to the video, managed to sell them in just three days.

In fact, they processed nearly 4,000 orders and were forced to close the virtual store because they couldn’t cope with the demand.

Nácher said the idea of making the video arose out of “pure necessity” to create cash flow and meet expenses, including debts accumulated during the pandemic, along with the salaries of his nine employees.

“I didn’t want to lay anyone off because I believe in my people, in my town and in rural development. Generating these jobs took a lot of effort, so I preferred to sacrifice my commercial margin,” he said.