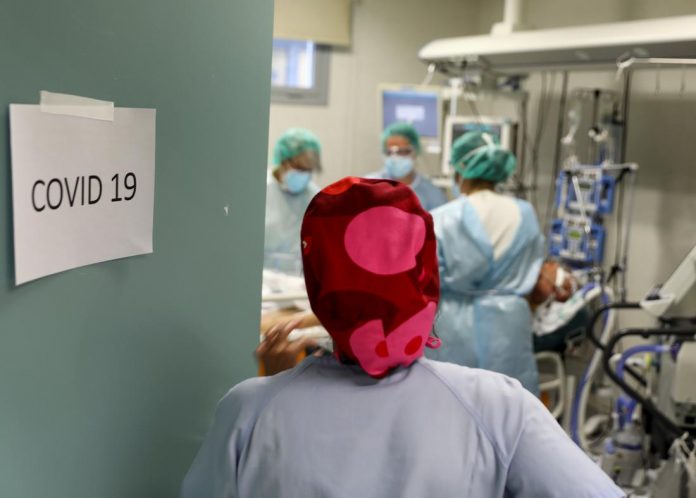 Andalucia Reports A Rise In Cases And Hospital Admissions After Lowering Restrictions Over Easter.

ANDALUCIA has registered its seventh consecutive increase in hospitalised patients suffering from the coronavirus today, Friday, April 9. The number of people admitted to hospital for coronavirus has risen to 1,372, 32 more than the day before and 340 more than last Friday.

ICU units in the region have also reported an increase of 27 admissions over the last week. There are now a total of 292 in Intensive Care Units, which is four more than yesterday, April 8.

This was announced by the Minister of Health and Families, Jesús Aguirre, at the ‘SUR Live!’ Meeting. The minister said that the new figures represent the biggest rise since February 2.

Andalucia Covid Cases On The Rise Again Over Holy Week

It was reported by EWN that Andalucia Covid cases in the region as it entered Holy Week with the incidence rate crossing the 150 per 100,000 barrier, putting the area at high risk once again. The highest number of infections were prominently from the province of Sevilla, with 873, followed by Granada, with 582; Cádiz, with 550; Malaga, with 484; Almería, with 473; Córdoba, with 384; Jaén, with 305; and Huelva, with 213.
From Friday, April 9, 69 Andalucian towns will have their municipal borders closed with non-essential activities also ordered to stop in 17 of them. The 69 municipalities with a perimeter closure for registering a rate higher than 500 Covid cases in the last two weeks are distributed throughout the eight provinces, as Granada registers 18 locations; Sevilla 12; Jaén 11; Cordoba eight; Cadiz six; Almeria and Malaga five; and Huelva four.
There is also a slight modification in the restrictions as the closing hours of shops and activities will be extended to 8pm in localities with a perimeter closure, until recently it was set at 6pm.
British residents in Spain who have private health insurance who thought they couldn’t receive the vaccine have been given a downloadable form to fill in and take to their nearest health centre.
Source: Diariosevilla
It is still mandatory to wear masks during the pandemic, Amazon has a great range in stock, click on the link to see what they have on offer. https://amzn.to/3826Rmr