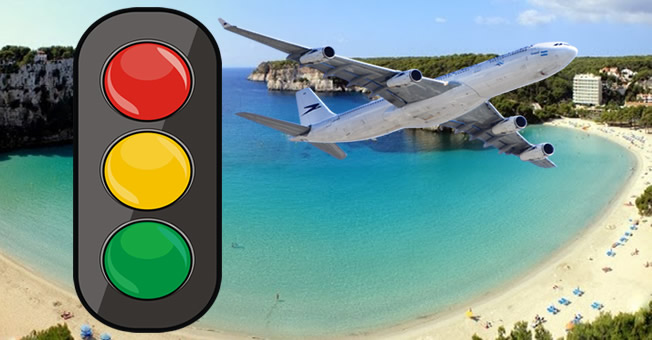 "No Further Countries" To Be Added To UK Green List.

Transport Secretary Grant Shapps is ready to unveil the government’s proposed traffic light system, with countries of varying risk levels being listed under green, amber, and red categories, with each colour having its own set of requirements for travel, but, he said, “It is too early to predict which countries will be on which list over the summer”.

Under the holidays traffic light system, assessments will be based on a range of factors, including the proportion of a country’s population which has been vaccinated, rates of infection, emerging new variants, and the country’s access to reliable scientific data and genomic sequencing.

Any relaxation of travel rules could be delayed if the government believes it will risk the success of the vaccine rollout – and will only resume if vaccines are reducing hospital admissions and deaths enough, infections are not at risk of overwhelming the NHS, and there is not a fundamental change in risks from variants of concern.

Mr Shapps said that the UK government wants to work with the travel industry and private testing providers to reduce the cost of foreign trips, which it is hoped could lead to free Covid-19 tests before departure, and less expensive tests on return.

A spokesperson for the Department for Transport said, “It is too early to predict which countries will be on which list over the summer, and the government continues to consider a range of factors to inform the restrictions placed on them”.

They continued, “We will set out by early May which countries will fall into which category, as well as confirming whether international travel can resume from 17 May”.

While adding that restrictions will be formally reviewed on June 28, taking into account “the domestic and international health picture, and to see whether current measures could be rolled back”, with further reviews then taking place no later than July 31 and the then October 1.

The Global Travel Taskforce, in a report, suggests that international travel could resume from May 17, “in an accessible and affordable way, and passengers would no longer need to prove they have a valid reason to leave the UK”, while the chief executive of Airlines UK, Tim Alderslade, said the framework “does not represent a reopening of travel as promised by ministers”.

Adding, “The insistence on expensive and unnecessary PCR testing rather than rapid testing – even for low-risk countries – will pose an unsustainable burden on passengers, making travel unviable and unaffordable for many people”.

Head of the Airport Operators Association, Karen Dee, said the announcement “offers only a glimmer of hope to an industry battered by more than a year of a near-complete shutdown. Transparent criteria for countries in each travel tier and an indicative green list along with a firm commitment to reopening on 17 May would boost consumer confidence and we urge the government to publish these shortly”, as reported by news.sky.com.