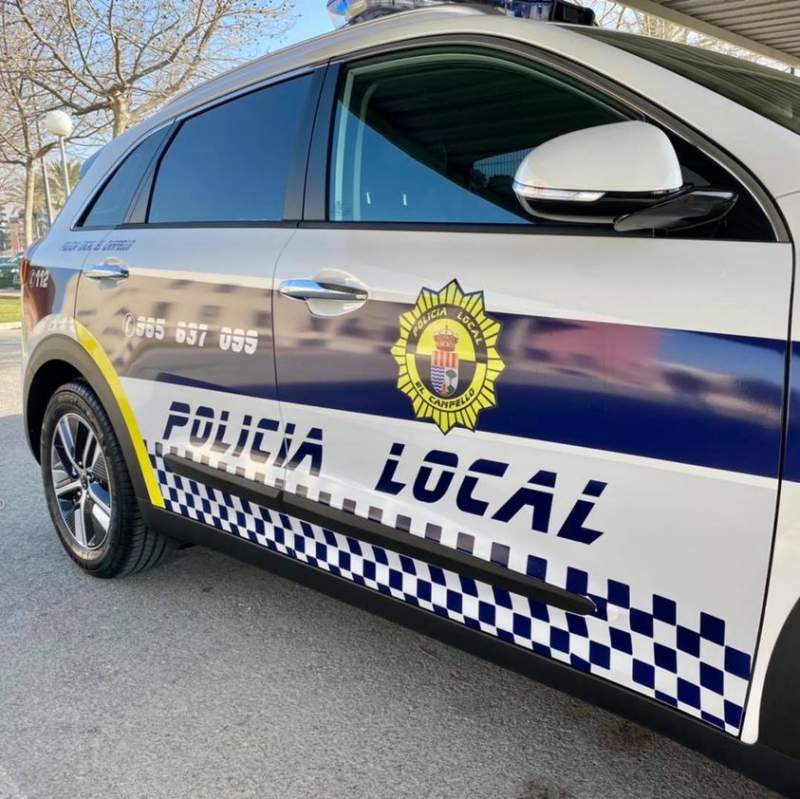 For Not Wearing A Mask. image: NAT Police Alicante

Local Police Officer In Alicante Given 18 Months Suspension With NO PAY For Not Wearing A Mask.

A LOCAL POLICE officer in Alicante has been suspended from his duties for 18 months with no pay after refusing to wear a mask during his working day. The officer, Rafael Navarro, posted the news himself on his social networks and made public the sanctions aimed against him from the city council.

According to Rafael himself, he explains in a video how he is being punished for a very serious offence of insubordination by not obeying the orders of his superiors to wear a mask. This offence carries a penalty of one year and six months of suspension of employment and salary. Also due to a serious offence in breaching the regulations on occupational risk prevention, another 45-day suspension has been added.

The office said that “what really stings is that I have stood up because the mask threatens my health knowing that there is nothing,” which is in reference to his tweets where he shows various graphs and reports which seem to indicate the virus doesn’t exist and is merely the flu. On his Twitter account, Navarro posted recently: “How can you cover the respiratory system of your own children with something highly TOXIC. Out of cowardice, you sacrifice their children. Shameful!”

Navarro was referring to a recent alert by Health in Canada that said it will complete a “thorough scientific assessment” to establish the safety and effectiveness of face masks containing graphene. Canada’s provinces and territories have also been notified and were advised to stop the distribution of graphene masks in their region.

“The department will continue to take appropriate action to stop the import and sale of graphene face masks,” Health Canada said.

Health Canada has now issued a recall on disposable masks containing a material made of tiny particles it says could pose a danger if inhaled.

The agency is advising people not to wear masks with graphene or biomass graphene because its preliminary assessment of the available research suggests the particles cause early lung toxicity in animals, though the risks to humans are not yet known.

It says variables such as the design of a mask, how long it’s worn and the type of graphene material used would all affect the potential to inhale particles from the material that is reported to have antiviral and antibacterial properties.

The province of Malaga recorded at least 260,000 police reports from June 2020 to March 2021 for people not wearing a face mask – or not wearing it properly- breaking the order of July 14 in which the use of masks was made mandatory with a penalty of €100.