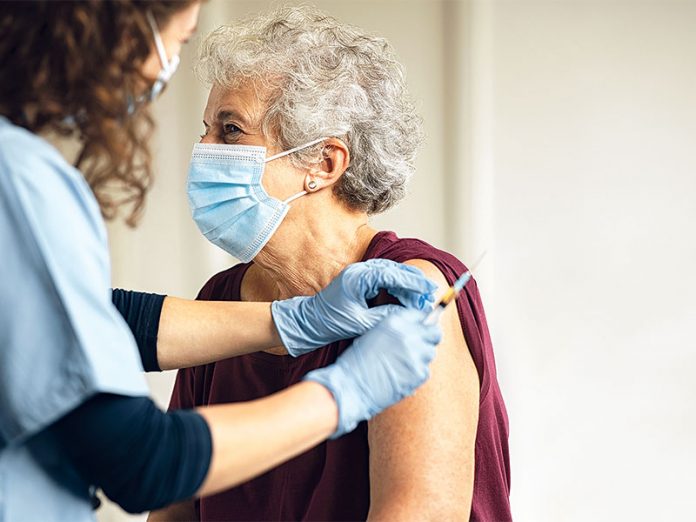 Malaga Has Only Double Vaccinated 6% Of It's Residents As Summer Quickly Approaches. image: Stock Photo

Malaga Has Only Double Vaccinated 6% Of It’s Residents As Summer Quickly Approaches.
Vaccinations have been taking place in Malaga since the start of the year with between 13,500 and 15,000 daily doses being administered. However, according to reports, only 6% of the population has far had their second jab. One of the main reasons for the delay has been blamed on shortages of the vaccine.
With the UK government shortly to release a list of green countries, tourism chiefs and businesses on the Costa del Sol are concerned that the province will not be declared as fit to travel to in time for the quickly approaching summer holidays.
Spanish Prime Minister Pedro Sánchez has made it clear that his government is not expecting to have to extend the current state of alarm beyond May 9, when it is set to expire.

Speaking at an event in Marbella on Friday, April 9, the Minister of Health, Jesús Aguirresais, said, quote: “If the entire flow of vaccines that was promised had arrived, we would be 18% immunized in Andalucía and we are at 6.3% “,  In the case of Malaga, the percentage is even slightly lower: 5.67% since 93,035 people are waiting for both doses. In total, 313,392 doses have been administered in Malaga. Since around 70% is required to achieve herd immunity to stop the spread of the virus, there is still a lot to do.

In reality, the rollout has increased recently by at least double in mid-March. According to the Board’s daily report on the pandemic, 13,484 doses were administered last Wednesday, 14,832 on Thursday, and 13,501 yesterday, Friday, April 9.
A month ago they were between 4,500 and 6,500 per day, of course, it has to be taken into consideration that no vaccinations are administered over the weekends.
The Health Administration has highlighted the “immense effort” of the health centre nurses because behind each jab there is important organisational work, checking the data of the people to be vaccinated. Appointments have to be made, normally by phone call, and in addition, the control and registration of the administered doses. Added to this as well is the awareness by the public of the possibility of adverse effects caused by the vaccine that have been reported recently- people are worried.
These are the daily tasks that these professionals are expected to carry out, on top of tracing and PCR testing.
Vaccines for UK Nationals- A Statement from the British Embassy

An Embassy spokesperson said, quote: “The Spanish Government’s Vaccination Strategy is clear that, as a matter of public health, all people living in Spain are eligible for the vaccine, regardless of nationality or residency status. At the current time, those in the priority groups are being vaccinated – irrespective of nationality or type of sickness insurance. The Vaccination Strategy is updated regularly to include new priority groups as the number of doses available gradually increases.

“Those UK nationals who are already registered in the public health system should be contacted by their regional health service to arrange an appointment. The Spanish authorities are asking insurance companies to coordinate with regional health services in order to provide vaccines to their customers. We are in touch with the Spanish authorities regarding the progress of the rollout and what that means for UK nationals. Meanwhile, UK Nationals living in Spain can contact their local health centre or insurer for more information.”

The embassy also recommends that people check the Spanish government’s list of frequently asked questions at this link and can also find information about priority groups here (Spanish text). The Health Ministry’s Twitter account is also regularly publishing information on the progress of the pandemic in Spain and the vaccination program.

The Andalucían government also recently released a downloadable document that allows UK nationals not registered in the Spanish health system to receive the vaccine.
Follow the link above to download the document which should printed and filled in and taken to a local health centre for registration.
Source: Malagahoy
It is still mandatory to wear masks during the pandemic, Amazon has a great range in stock, click on the link to see what they have on offer. https://amzn.to/3826Rmr