Malaga Trumps Madrid As The Top Place To Work From Home 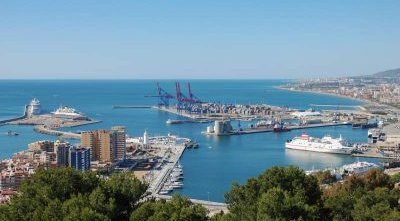 Malaga Trumps Madrid As The Top Place To Work From Home Image: Wikimedia

MALAGA trumps top destinations like Madrid and Barcelona as the preferred place to work from home
Gazing up from your computer at the sun-kissed Costa del Sol coast while working in your home office may seem like the most obvious reason for expats and citizens alike to trade the big Spanish cities for the tranquillity of Malaga, but it has a lot more going for it as the top new destination for teleworkers. Easy access to national and international travel, as well an increasingly developed digital environment means that workers are dusting off their city shoes to sink their toes into the sand of the coast. Not only that, but businesses and remote workers from the UK and further afield are considering the Costa del Sol as an increasingly attractive prospect.
Pavel Mazuelas, who was born in Madrid and works for a growhacking company, recently made the move to the Costa del Sol and has never looked back.
“Since I’ve moved it’s like I’m constantly living on vacation,” Mr Mazuelas said. “I knew I wanted to come to the south, but Malaga is perfect for its connection with other cities, the sea, the climate and the increasingly developed digital work structure it has”.
This trend has not escaped the notice of Malaga City Council, which launched a new Malaga WorkBay campaign in February in a bid to attract more workers to the coast, both from Spain and abroad. Rosa Sánchez, delegate councillor for Tourism, Promotion of the City and Investment Capture, told Spanish daily Malagahoy that since the beginning of the initiative “we have received about 500 enquiries” from people curious about making the move. While most international enquiries so far have come from German, Dutch and Belgian companies, a large number of British businesses have also contacted her for advice about relocating. Ms Sánchez assured that while “there are certain doubts about Brexit” there are many important UK projects in the pipeline from would-be expats who consider Malaga the destination of choice.
Of course, it would be remiss to suggest that Brexit hasn’t complicated matters, and UK citizens wanting to make a permanent move to the Costa del Sol to work face laborious visa applications which can be off-putting. However, once the process has been completed, many expats agree that the hassle was more than worth the reward.
One Euro Weekly News reader told us why she made the move from the UK to work from home in Spain’s Costa del Sol, and why she thinks she’s ‘living the dream’:
“You tend to get more for your money in terms of housing here so a lot of people can afford to have a separate home office, which they wouldn’t necessarily in the UK,” she said.
“The great weather means there’s always something fun to do when you get some time off too.”