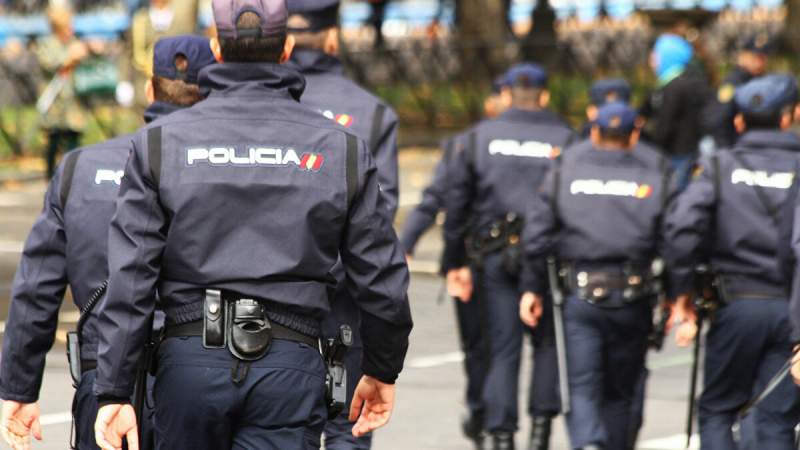 The National Police in Malaga have dismantled a criminal group that was dedicated to occupying homes in the province of Malaga and then renting or even selling them on.

As a result of operation ‘Recre’, three members of the network, two women and one man, between 29 and 32 years old, have been arrested and charged with belonging to an organized crime and robbery group.

The investigation began when, at the beginning of February, one of the victims surprised several people trying to force the door of her home while she was actually inside, according to a report by the National Police.

Subsequent investigations revealed that there were several people involved in the dastardly scheme, in fact, three women and one man were discovered to be dedicated to the occupation of houses, (normally one’s belonging to banks) for their sale or rental to third parties.

Each member had a certain role within the criminal organization. There was even a “false real estate agent” to which potential clients went to and expressed their preferences in terms of the type of residence and required area. The agent then transferred the request to those responsible for locating the properties, who used real estate portals on the internet to locate the properties, subsequently visiting the property to verify that they were unoccupied.

This is where another member of the crew intervened, a professional locksmith, who used his knowledge to open the home and change the lock. On some occasions, they took valuables from inside the houses that were uninhabited, properties owned by expats who are stuck in the UK for example and other nationalities.

The deal was done when they gave the keys to the supposed clients, who paid between 600 and 1000 euros, depending on the conditions of the house.

The sting operation was carried out on Monday, March 5, which resulted in the arrest of three members of the criminal group, proceedings were carried out at the Examining Court number 13 of Malaga- a trial date is expected soon.

Squatters in Spain
The knowledge of the problem with squatters in Spain is spreading abroad and some foreigners have already expressed that they will not go ahead with their plan to invest in a property in Spain.
There has been a problem with squatters in Spain for years. It doesn’t matter which government that has been in power, they just don’t seem to have dealt with the situation. Spanish’s media have published a lot about the squatters during the last few years. The absurd situation with squatters in Spain has recently gained attention in media abroad too.
.What can you do if you are faced with this situation?
Going down the legal route of removing them means struggling with a long, costly, and draining legal battle to get them out who knows when, which is what the squatters extortion model relies on in Spain- as the courts become more overburdened, so the longer it takes. The crisis has also played it’s part by causing mass cancellations and a tailback of cases that will take months if years to catch up with.
Sometimes paying the ransom is often the least costly option of all, but many people cannot stomach that option.
A third option is to call in the heavies – one of the squatter-eviction companies that promise to get okupas out for a fee using methods that some say are illegal, or at least dodgy.  Given the way the system seems to basically ignore owners in Spain, it’s understandable why many choose to go down the extra-judicial route if the State leaves them at the mercy of extortion gangs.
Source: Malagahoy