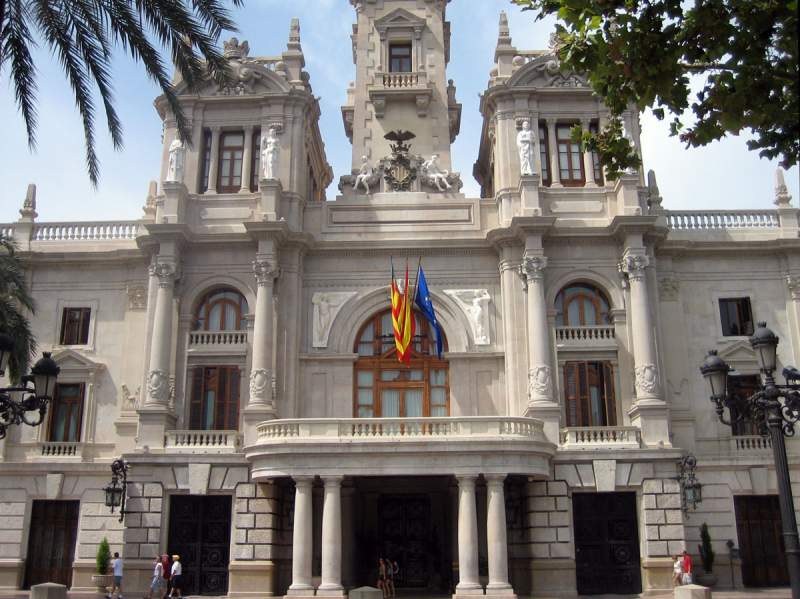 Pensioner injured after slipping on dog poo to take Valencia Council to court claiming €12,000 damages.
A 73-year-old woman has filed a lawsuit against Valencia City Council for €12,000 after falling in the Town Hall square after she allegedly stepped on dog feces in February 2019.
The victim, who suffered cuts, bruising and a joint injury that took more than four months to heal, claims that the council is liable because it has a duty to keep public roads clean.
During the time she was convalescing, she said she was forced to use taxis and other means of transportation as she was unable to get around on her own, and is claiming the costs she incurred.
She is taking legal action after approaching the local authority directly for financial compensation which was refused.
The dispute will now be resolved in court.
The victim’s lawyer does not doubt the “causal relationship” between the negligent actions of the city council and the fall suffered by his client.
He claims that at that time, the cleaning service was deficient and that the council has no excuse for placing the blame with the owner of the dog, for example, to avoid its “patrimonial responsibility”.
An apparent lack of cleanliness on the part of the local authority which “places pedestrians in an objective situation of risk” will form part of the case.
The lawsuit includes newspaper articles, reports Las Provincias, to support the argument that the city council did not honour its obligation to keep the streets clean.
A large number of claims for financial liability are not upheld, and most of them correspond to slips or falls due to damage to the pavement, damage to vehicles or the poor condition of the road surface, according to the same publication.