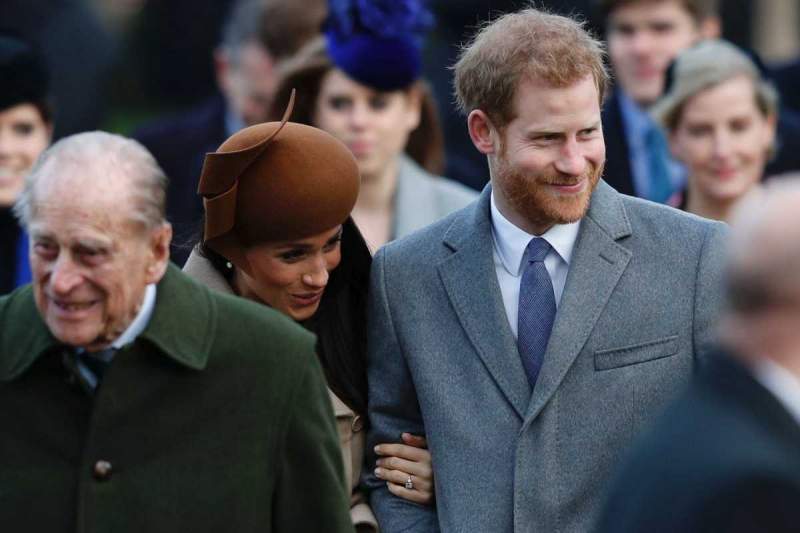 Prince Harry To Fly Over For Prince Philip’s Funeral WITHOUT Meghan Markle After Doctors Advised Her Not To Travel.

Prince Harry will return to the UK on his own, pregnant Meghan will miss Prince Philip’s funeral on advice from her doctors.

The Duke of Edinburgh’s grandson will be able to attend the ceremony next Saturday, a palace spokesperson confirmed. The Duke of Sussex will make the journey from the couple’s home in California and will be following Covid-19 protocols for the trip, as well as during his visit. It is understood that Meghan, who is pregnant with her second child, had made every effort to join her husband but was not given clearance to travel by her doctor.

The duke and duchess posted a tribute to Philip on the website of their foundation Archewell on Friday.

It reads simply: “In loving memory of His Royal Highness The Duke of Edinburgh 1921-2021.

“Thank you for your service… You will be greatly missed.” It was posted against a sombre brown background.

Harry has not been back to the UK since stepping down as a senior royal just over a year ago. It will also be the first time he has seen his family in person since his and Meghan’s bombshell interview with Oprah Winfrey – in which they accused the royal family of racism and the institution failing to support a suicidal Meghan.

Funeral preparations are underway for Prince Philip, Queen Elizabeth II’s husband, who died on Friday aged 99. The ceremonial royal funeral will be held at St George’s Chapel, in the grounds of Windsor Castle, at 15:00 BST- 16:00 in Spain, on Saturday, 17 April. The whole event will be televised.

One source told The Daily Mirror that he had spoken to his cousins Beatrice and Eugenie, saying he wanted to be with his family.

It will be a much smaller event than many would have expected due to Covid restrictions, but the Duke famously said in the past that he didn’t want people ‘making a fuss’ over his death. When asked about Philip’s opinions on lying in state, an aide once said: ‘He doesn’t see himself as important enough for that.’